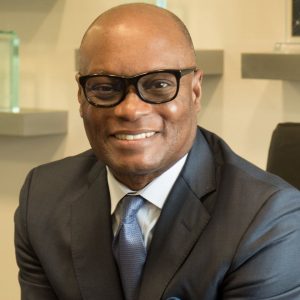 The man credited with bridging a gap between Dallas police officers and the communities they serve will be charged with a similar task in Chicago.

David Brown, former police chief in Dallas, has been pegged to serve as the next superintendent of the Chicago Police Department.

“David Brown’s track record of integrity, honor and legitimacy exemplifies what it means to be a Chicago police officer,” Lightfoot said in announcing the new chief Thursday, April 2. “Through his nationally recognized leadership and years of on-the-ground work to create a culture rooted in transparency, accountability and community policing, he will build on our all-hands-on-deck effort to create real, widespread and lasting public safety in our communities.”

On July 7, 2016, Brown was thrust into the national spotlight after a lone gunman shot and killed four Dallas police officers and a Dallas Area Rapid Transit officer, and injured seven more officers and two civilians during a peaceful protest march in downtown Dallas. Following the national tragedy, Brown’s leadership was credited with helping heal a grieving city.

Serving from 2010-16, Brown became the longest-serving police chief in the history of Dallas, leading the city in policing reforms as the Dallas Police Department became the first in the United States to institute department-wide de-escalation training for officers. Additionally, as chief, Brown implemented implicit bias training, brought body cameras to Dallas and instituted reforms that expanded mental wellness supports for officers, increased diversity within the department and published never-before-released use-of-force and officer-involved shooting data.

“While we may hail from different backgrounds and walks of life, as police officers, we are all united to answer a call to rise and serve our fellow neighbors, communities and cities,” Brown said. “I want to thank Mayor Lightfoot for giving me this honor to serve alongside Chicago’s 13,000 police officers and build upon this city’s historic crime reductions and reform efforts that will create not only a safer city, but also a stronger Chicago Police Department.”

Brown joined the Dallas Police Department in 1983, where for more than 25 years he rose through the ranks of patrol officer, sergeant and lieutenant and served in a range of positions, including crime scene detective, SWAT team leader and supervisor of the 911/Dispatch Center. In 2010, Brown was appointed chief of police, where he became nationally recognized for his reform efforts to increase transparency, accountability and training for officers, as well as implement community policing initiatives that led the city to 50-year lows in violent crime.

“Chief David Brown is a consummate professional and highly decorated and respected leader in law enforcement, who I have known for many years,” said Interim Police Superintendent Charlie Beck. “His commitment to community policing coupled with his high degree of integrity and his personal story of service and sacrifice positions him to be a formidable candidate to take over as superintendent of the Chicago Police Department. I will continue to be as helpful as needed and assist Chief Brown with any and all (tasks) that may be required to make Chicago a safer and stronger city.”

Lightfoot credited Beck, former police chief of Los Angeles, with being a steady force for the Chicago police force while the national search took place. Beck was made interim chief in October when former Chief Eddie Johnson was fired after a drinking-and-driving incident.

“Thanks to the foundation laid by Charlie Beck, coupled with the strength and vision of David Brown, the Chicago Police Department has never been better-equipped to build on its historic crime reductions and reform efforts,” Lightfoot said.

As part of the transition process, Brown will join Beck to meet with Chicago’s police officers, community leaders, clergy, aldermen and advocates to hear the concerns and priorities of Chicago’s residents. Beck will continue serving as interim superintendent until Brown’s appointment is confirmed pending City Council approval on April 15. Over the coming weeks, Brown and Beck will focus on the department’s public health efforts to slow the spread of coronavirus disease while also sustaining citywide crimefighting operations to prevent and reduce crime in Chicago.

“At no time in its history has the Chicago Police Department faced greater challenges, and finding the best possible leader is of the utmost importance,” said Chicago Police Board President Ghian Foreman. “David Brown is not only highly qualified but has the experience and ability to lead the CPD during this time of crisis and well into the future.”

Out of 25 applicants, Brown was as one of three finalists as part of the nationwide search process for superintendent of the Chicago Police Department. He attended the University of Texas, received a Bachelor of Arts and Sciences degree from Dallas Baptist University and a Master of Business Administration from Amberton University.