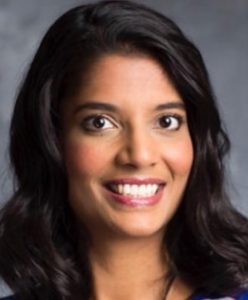 Four former executives and two former employees of Outcome Health, a Chicago-based health technology start-up company founded in 2006, have been charged for their alleged roles in a fraud scheme that targeted the company’s clients, lenders and investors, and involved $1 billion in fraudulently obtained funds.

Charged in a superseding indictment filed in the Northern District of Illinois and unsealed Nov. 25 are:

Previously charged in a criminal information filed in the Chicago district were: 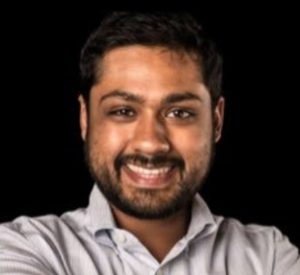 An initial appearance and arraignment for Shah, Agarwal and Purdy have been set for 2:30 p.m. Dec. 9 in federal court in Chicago.

An initial appearance and arraignment for Desai have been set for 10 a.m. Dec. 9 before U.S. District Judge Thomas Durkin.

An initial appearance and arraignment for Choi and Han are set for 1:30 p.m. Dec. 5 before U.S. Magistrate Judge Jeffrey Gilbert.

“The deception alleged to have been committed by the defendants tricked clients into paying for advertising it failed to deliver and served to falsely inflate the value of Outcome Health,” said Assistant U.S. Attorney Brian Hayes, chief of the Criminal Division for the Northern District of Illinois. “Our office will continue to investigate and hold accountable those who perpetrate fraud schemes.”

“Outcome’s former executives and employees allegedly deceived lenders, investors and their own auditors by falsely representing revenue for additional profit,” said Principal Deputy Assistant Attorney General John Cronan of the U.S. Justice Department’s Criminal Division. “The charges demonstrate that lies and deception cannot serve as the basis for any company, including start-up companies, to falsely grow revenue for additional capital and private gain.”

“These charges demonstrate that the FBI and its partners will hold businesses accountable for their misconduct,” said Deputy Special Agent in Charge Larry Lapp of the Federal Bureau of Investigation’s Chicago Field Office.

“The defendants were charged with allegedly over-inflating the company’s revenue figures in order to fraudulently obtain loans from banks,” said Inspector General Jay Lerner of the Federal Deposit Insurance Corp. “This scheme was orchestrated by former leaders of the organization who personally benefitted hundreds of millions of dollars. We are committed to working with our law enforcement partners to investigate individuals involved in the crime and to preserve the integrity of the banking system.”

The FBI and FDIC’s Office of Inspector General investigated the case.  The U.S. Securities and Exchange Commission provided assistance.

According to the allegations, the former executives and employees perpetrated a fraudulent scheme by selling clients — most of whom were pharmaceutical companies—advertising inventory the company did not have and then under-delivering on its advertising campaigns. Despite the under-deliveries, the company allegedly still invoiced its clients as if it had delivered in full. To conceal the under-deliveries, the former executives and employees allegedly falsified affidavits and proofs of performance to make it appear the company was delivering advertising content to the number of screens in its clients’ contracts, and also inflated patient engagement metrics regarding how frequently patients engaged with Outcome’s tablets. Furthermore, Desai allegedly altered a number of studies presented to clients to make it appear that the campaigns were more effective than they actually were.