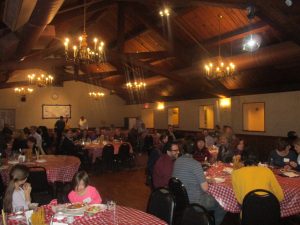 Over the past two years, the Niles Township High School District 219 Education Foundation has dramatically expanded its scope and changed its fundraising strategy — all for one simple reason.

The number of homeless students in the suburban high school district has been increasing. And if those numbers were increasing, the organization reasoned, then logically, the elementary schools and middle schools that feed into the district must be facing the same issue. That is why the organization expanded its mission from helping high school students in need to helping all students attending schools within the township.

As part of the shift, the foundation did away with Pizza Wars, its longtime fundraiser, in favor of a more private spaghetti dinner geared toward area businesses. With the new, expanded mission, it needs more funds than ever — and pivoting toward corporate fundraising was a major part of it.

In addition to the two regular high schools, District 219 has Niles Central High School, which teaches students with behavioral and emotional disorders.

Over the last 20 years, Skokie, Morton Grove and, to the lesser extent, Niles, have seen a growing number of immigrants moving in. In many cases, they originally settled in Chicago before moving out to the suburbs in search of better schools. As the result, the township has some of the most diverse schools in Cook County.

The District 219 Education Foundation was established in 2007 to help students who live near or below federal poverty level. As its website notes, 33 percent of students qualify for free or reduced lunches. Over the years, it raised money to hand out grants that covered costs of field trips and activities, allowed students to buy more expensive supplies such as graphing calculators, helped students visit out-of-town colleges, covered the fees associated with Advanced Placement testing and even gave scholarships, among other things. 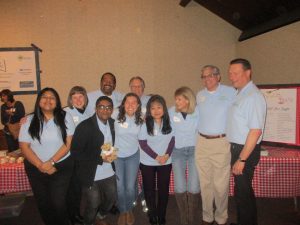 The Education Foundation board of directors poses during its inaugural Spaghetti Fest. (Photo by Igor Studenkov/for Chronicle Media)

In 2016, the foundation expanded its focus to help students in all schools within the township, changing its name to the Education Foundation Supporting the Students of Niles Township to reflect the broader mission.

As foundation founder Alyse Cohen Burman explained to the Chronicle, the change came about due to growing concern about the increasing number of homeless students.

According to Jim Szczepaniak, District 219’s Director of Community Relations, there are currently 44 homeless students in his district, and an estimated 75 homeless students in the township schools overall. He added that both the district and the foundation suspected that the numbers were actually higher due to the number of students who qualify for free or reduced school lunches.

A look at the district report card information for District 219 feeder school districts compiled by the Illinois State Board of Education gives some more details. It indicates that, for example, in Skokie School District 68, 48.5 percent of the students are low income, and 1.6 percent of the students are officially listed homeless. While the latter number may not seem large, it represents about 29-30 students.

The issue is not limited to Niles Township. The Chronicle reached out to nearby Maine Township High School District 207, which serves portions of Niles and Morton Grove west of Harlem Avenue, as well as the cities of Park Ridge and Des Plaines and unincorporated areas in between. According to David Beery, the district’s Director of Communications, it currently has 55 homeless students. 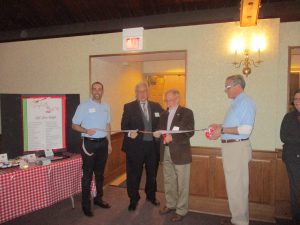 Under the McKinney-Vento Act, students who become homeless during a school year can stay in their school. If they are homeless before the school year starts, they can attend whatever school they would have been eligible for based on which school they attended before they became homeless. The district must provide free transportation, no matter where they happen to stay at the moment.

As Szczepaniak noted, it was about providing stability.

“[The students’] lives are disrupted enough,” he said.

Both he and Beery said that, depending on their families’ income, students can buy books and materials at reduced prices or get them for free. Beery said that his district offers counseling services to homeless students. Szczepaniak said that the District 219 is mindful of the fact that a significant portion of its students come from families where language barrier may be an issue, so it uses network of family liaisons who speak major foreign languages within the district — Spanish, Korean, Arabic, Assyrian, Urdu, Gujarati and Hindi to let immigrant communities know about the foundation and how it can help.

Over the years, the district and the foundation have tweaked the way they help students. As all of the staff members involved agreed, there is a stigma surrounding being poor and being homeless, and they wanted to draw any unwelcome attention to the students they are trying to help. For example, Szczepaniak said, they originally loaned students graphing calculators, but they decided to help students buy them instead.

“[Other students] know these calculators were loaners and there was a stigma attached to that,” he said, adding that helping students buy the calculators gave them the sense of pride and accountability.

Another tweak is that, instead of making students apply for individual grants, the foundation gave each principal a lump sum of money, which they were able to use at their discretion, with the advice from the foundation.

Tahlia Altgold, a Niles North senior, and one of the student members of the foundation’s board, mentioned that it recently started distributing food to students in need. To avoid drawing attention to it, the food was packed into ordinary-looking backpacks that students could simply carry home with them.

The foundation relies on the student board members like Altgold to get a better idea of what the students need.

“[What the foundation does] is a phenomenal thing, and it makes the community stronger,” she told the Chronicle.

Now that the foundation is trying to reach and help more students than ever, it’s looking to raise more money. This year, it discontinued its annual Pizza Wars fundraiser, which was open to the public and featured a pizza-eating contest between the mayors of four villages District 219 served. Instead, on Jan. 17, it held a more private Spaghetti Fest.

The Spaghetti Fest tickets were about twice as expensive as Pizza Wars. And Burman told the Chronicle that they wanted to focus their outreach on area chambers of commerce and community organizations.

“I think people don’t realize how much is out there,” she said. “And it’s in front of us.”

This year, the event was held at Morton Grove Civic Center.

Burman said that the foundation hopes to rotate the Spaghetti Fest around the township, so that a different village each year can host the event.

During the fest, Maria Alejandra Salazar, a Niles West alumna, explained that she and her family came to Chicago area from Peru 19 years ago. Her mother juggled several jobs to provide for them both, and when she went to high school, the foundation’s help was critical.

“I was one of those kids on free and reduced lunch,” she said. “Behind every statistic, there’s a person like me. But I want you to know that a person can thrive, if given resources.”

Salazar went on to volunteer for the foundation, eventually becoming a member of its board. And she currently serves as the director of the Multicultural Resources Program at Northside Community Resources, of Chicago’s Rogers Park neighborhood.

“This is what happens when a seed and good soil meets,” she said. “Know that you’re contributing to a good soil that makes our community thrive.”

Katie Schneider, the executive director of the Niles Chamber of Commerce and Industry, attended the fest. She said that she fully supported what the foundation was trying to do.

“I learned more and more about the needs of the students in District 219,” Schneider said. “To me, it’s a very, very worthy cause, and, to me, what the foundation is doing is exciting.”

Burman said she was impressed with how the fest turned out.

“We weren’t sure how many people would come here, and it turned out to be a huge success,” she said. “I couldn’t be happier.”

According to the press release issued two days later, the foundation wound up raising $4,000.

For more information about the foundation and its donation options, visit http://www.edufoundnt.org/