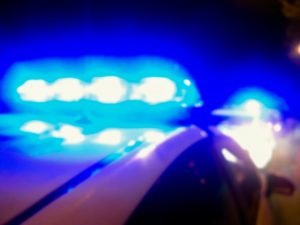 A Chicago man is facing a drunken driving charge after allegedly hitting an IDOT maintenance truck called to the scene of another accident.

Jamar Williams, 39, faces driving under the influence and three other charges in connection with the crash that occurred at 2:50 a.m. Monday (May 18) on the northbound Dan Ryan expressway near 87th Street.

Illinois State Police troopers had responded to an accident at the scene at 2:04 a.m. Monday. An Illinois Department of Transportation truck arrived on the scene shortly thereafter to assist with safety. The IDOT truck was on Interstate 94 south of the crash location with its emergency lights activated.

State Police said a Buick driven by Williams failed to yield right of way to the emergency vehicle and hit the rear of the IDOT maintenance truck.

The driver of the IDOT truck, a man in his 50s, was inside the vehicle when the accident happened and did not sustain any injuries.

Williams was transported to a local hospital with non-life-threatening injuries, State Police said.

Along with DUI, the Chicago man was charged with illegal transportation of alcohol, violation of Scott’s Law, and failure to reduce speed to avoid an accident. He was released from police custody on his own individual recognizance.

Scott’s Law is named after Lt. Scott Gillen of the Chicago Fire Department, who was struck and killed by an intoxicated driver while assisting at a crash on the Dan Ryan expressway.

State Police said Scott’s Law, otherwise known as the “Move Over” law, requires that when approaching an emergency vehicle or any vehicle with its hazard lights activated, drivers slow down and change lanes when safe to do so.