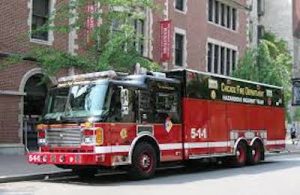 A Chicago fire marshal has been found guilty of illegally structuring nearly $350,000 in deposits to evade federal reporting requirements.

In 2015 and 2016, Antuane King, who is also an emergency medical technician, made at least 37 deposits of less than $10,000 each at seven financial institutions, including the Chicago Firefighters Credit Union.

The deposits were structured to evade federal reporting rules, which require financial institutions to notify the U.S. Department of the Treasury about transactions of more than $10,000.

After making the structured cash deposits, King, also a Realtor, later combined the money to purchase residences in Markham, Lynwood and Homewood.

On Feb. 5, a Chicago federal jury convicted King, 49, on two counts of structuring a currency transaction. Each count is punishable by up to five years in federal prison. U.S. District Judge Jorge Alonso set sentencing for June 12.

The IRS Criminal Investigation Division in Chicago handled the case.