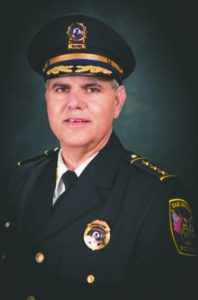 It’s difficult to take when something you’ve strived for your entire adult life starts falling apart, especially if it costs the lives of people you work with. That’s the situation James Kruger is in.

Distressed over more speeding and recklessness on Illinois roads, he wants the General Assembly to repeal the 2015 state law that banned traffic ticket quotas. He said he thinks that would bring back more respect for traffic laws here, especially on the highways.

Three state troopers were killed this year after being hit by careless drivers. Thirteen other troopers have been struck and survived, adding up to a level of dangerous chaos never before seen in such a short period of time.

The law is confined to municipal departments, so repeal would not directly affect the highways where the troopers died. But Kruger believes the negatives of the law are pervasive, beginning with what he says are 25% fewer tickets statewide, and ending in deaths on the roadways.

He maintains that actual ticket quotas were rare in Illinois departments.

“The law was based on a misnomer that there were quotas, which was really pushed hard by the union,” he said. “But it outlawed any kind of minimum standards, and also eliminates the ability to reward officers for working harder.”

He said he wants to mount an attack on the law in the General Assembly’s next session.

But some state representatives in some areas said in 2014 that constituents complained about a greater likelihood of being ticketed on one of the last days of the month.

“Our stance is it traditionally takes away officers’ discretion whether or not to write a ticket, as they’re seen as a cash-raising source,” said Shawn Roselieb, president of the statewide Federation of Police union. “Sometimes in an area, you were told to go out and write 20 tickets, even if you can’t get that number of tickets written.” 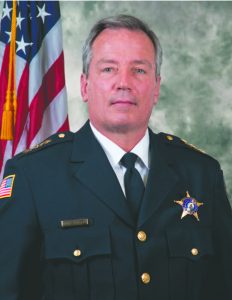 “We’re asking the legislators to listen to us as law enforcement bosses, to consider repealing” the state anti-ticket quota law, said Westchester Police Chief Steven Stelter, head of the state police chiefs’ association. “When you don’t have any performance standards, you’ve told our officers they don’t have to do the minimum. That’s dangerous.” (Village of Westchester photo)

A key reason for declining interest in obeying traffic laws that goes beyond the number of tickets written is the number of people to write tickets. Staffing problems crop up all over the state, but nowhere more seriously than for the state police. There are now about 40% fewer troopers available for patrol than there were at the turn of the century, declining along with the state’s financial fortunes.

It’s easily possible to drive for hours on Illinois highways, especially the freeways, without seeing an Illinois State Police cruiser.

“We’re not going to get any voluntary compliance from the public if there’s no one to be seen,” said Joe Moon, the state trooper who leads the FOP lodge for ISP employees.

“You can do 110 up and down the Stevenson, and you’re not going to get pulled over,” said Westchester Police Chief Steven Stelter, the current state chiefs’ association head.

Gov. J.B. Pritzker is trying to bring more troopers on board, but Moon said even with a bigger budget, it’ll be hard. The retirement age of newly hired troopers, due to past budget initiatives, was raised from 55 to 60, except for narrow exceptions. In a competitive market for new officers, the ISP is at a disadvantage, Moon said.

“I’m not saying there aren’t jobs where you can work till 60, but law enforcement isn’t one of them,” Moon said.

Kruger and Stelter agree that staffing is a cause of the problem. Stelter said there are many other factors, too, but said he and his peers in the chiefs’ group still want to get rid of the anti-quota law, though they might not be ready by the next session.

“It (the law) makes for a lazier police officer that doesn’t have to do a whole lot,” he said. “If we want to put a performance standard in place and tell an officer to write two tickets per shift, we should be able to do that, but the legislators say we shouldn’t be able to do that anymore.”

Illinois accident statistics show the roads are getting more dangerous, but they don’t obviously point at the law as a factor.

In 2015 and 2016, the first two years after the law was passed, the number of accidents in Illinois increased, but at about the same rate they were going up each year since 2011, according to the Illinois Department of Transportation. The number of fatal accidents has risen every year since 2010, except for 2018, when the total dropped 6% to 948.

I have a friend who grew up in Elmhurst, but lived most of her life in the Washington, D.C., area. When she returned in 2016, she cracked jokes about how, on visits here, she found Illinois drivers to be unaggressive weenies compared to the ones she had become used to. But after driving in northeastern Illinois for a few months, she said that Illinois drivers were now worse than those in Washington or anywhere else back east.

Distracted driving continues to be a factor. The chiefs and the union leaders say some version of the apps that can turn off cell phones when in motion might help if they were required to be attached to the phones, to cars, or cell towers. There would be some obvious problems, including that most people’s GPS devices are carried in phones now.

“Were capable of doing a lot of things with technology,” Moon said. “I find it hard to believe we can’t do this.”

Kruger said that considering the popularity of the anti-quota law, it might be difficult to find a legislative sponsor to attack it. If John Millner, the former Elmhurst Police Chief, state rep and state senator, was still in the General Assembly, he’d be an obvious choice. Now a lobbyist, he’ll likely get the call from the association to recruit a legislative champion, Kruger said.

Millner took a shot at another unpopular bill as a state rep in 2004, when he proposed a modest drivers’ cell-phone ban, which would only call for a ticket if another violation was noted, or an accident occurred.

As he was about to move the bill to a vote, some giggling fellow representatives dragged out the House’s unofficial symbol of futility, the Century Club trophy. It’s reserved for those unfortunate legislators whose bills garner at least 100 nays out of a possible 118.

“I did not want my name on that trophy,” Millner, who had never backed a loser, said in 2006. “I withdrew the bill as the vote was coming.” The state would not pass a similar bill until 2013.

A bill that would employ technology to turn off phones would be unpopular in Springfield, but probably not as disdained as a repeal of the anti-quota law. When Chicago was added to it last year, it passed both chambers without a single “nay.”

Chicago residents might wonder where in their city a quota might have been in play, since many busy Chicago police do not seem to make traffic stops a priority. An example might be Chicago’s Grand Central district, according to Chicago Sun-Times reporting.

During one day of a 2017 gang war, Cmdr. Anthony Escamilla was said to have ordered two two-officer cars to perform three two-hour patrols in an area of about a square mile. They were to make at least 10 bona fide traffic stops during each patrol.

The American Civil Liberties Union complained that the orders might have led to unwarranted stops, bad relations between the community and the police, and extra risks for the officers.

“A traffic stop is probably one of the single most dangerous things an officer can do,” Roselieb said.

But the “matter of life and death” TV and radio commercials and other pro-driver safety publicity don’t seem to be doing the job. Seventeen years after the passage of Scott’s Law, it appears that many people still don’t know that it requires drivers to slow down, and, if possible, move over when they pass somebody stopped at the side of the road, at the risk of a fine of up to $10,000.

But it’s rare that a judge assesses such a fine, or any other penalty that would particularly annoy a careless driver, for that matter.

Meanwhile, it seems, risks taken by Illinois drivers increase steadily. Perhaps the only thing that will arrest the behavior is some kind of technology like the phone apps, because relatively few bad drivers are otherwise being arrested.

For some people, the risks are hard to understand until disaster occurs.

Moon said many people speed because they feel they don’t have enough time, but it’s not a good reason.

“It’s not just a police officer who gets hit by the side of the road,” he said. “It’s a tow truck driver. It’s one of your loved ones with a flat tire.

“No one wants to kill somebody, but when it happens, even accidentally, it can change the lives” of the drivers at fault, he said.

“Their lives are altered forever.”