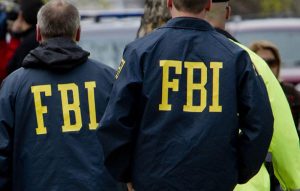 A Park Forest man has been charged in connection with the sexual exploitation of minors in the Kankakee area.

Bryan Rossi, 29, a resident of the 400 block of Titonka Street, was one of 15 men arrested in an FBI operation conducted in Kankakee County.

The complaints were unsealed Feb. 18 as each man made his respective initial appearance in federal court in Urbana. Each was ordered detained pending hearings.

During Rossi’s court appearance Feb. 20, U.S. Magistrate Eric Long ordered that Rossi remain in federal custody. Long said that the evidence against Rossi was strong; that Rossi would be subject to a lengthy period of incarceration, if convicted; and that based on Rossi’s substance abuse history, he could not recommend the detainee be released.

According to affidavits filed in support of the complaints, each of the men allegedly used various social media applications to contact and engage online with Federal Bureau of Investigation covert employees posing as 14- and 15-year-old minors to make arrangements to meet the minor girl or boy with the intent to engage in sexual activity. Some of the men attempted to entice or coerce the minors to send them sexually explicit images.

As the men arrived at or near a designated address in Bradley, they were arrested and taken into custody by FBI special agents, the Bradley Police Department, Kankakee County Sheriff’s Office and Kankakee Area Metropolitan Enforcement Group.

Besides Rossi, the defendants charged with attempted enticement of a minor are:

The defendants charged with attempted enticement of a minor and attempted sexual exploitation of a child are:

The cases were brought as part of Project Safe Childhood, a nationwide initiative by the U.S. Department of Justice to combat child sexual exploitation and abuse.