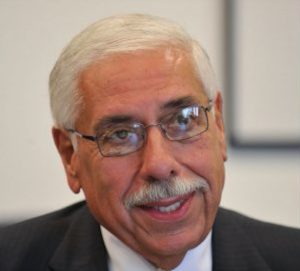 The race for the unglamorous position of Cook County assessor has been thrown in the spotlight as a financial manager who labels himself “a progressive” is challenging a two-term incumbent who is part of the county’s Democratic Machine.

Challenger Fritz Kaegi said he shares residents’ frustrations with a property assessment system that too often puts the tax burden on lower-income residents.

“Most Downtown corporate properties are underassessed,” Kaegi said. “Millions of properties have been overassessed. You can tell by how much by going into neighborhoods on the West Side (of Chicago). It is $500 to $1,000 per year that the typical household in one of those communities overpays. People say that they don’t know why the system is the way it is.”

“As assessor, he has implemented substantial improvements which have saved Cook County residents millions of dollars annually and made the office responsive to the needs of property owners,” the website states.

Berrios contends that his office has done on-time assessments, saving communities millions of dollars in interest because they don’t have to borrow money to meet budgets. 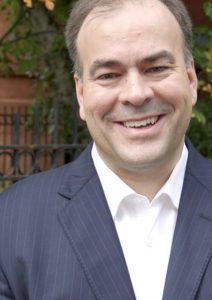 His campaign site notes that Berrios has downsized the office, with the staff being 25 percent smaller than when he took office.

Kaegi said that he could start bringing changes to the assessment system during his first year in office, with assessments starting to be righted in the following year.

“A model program is more accurate. It is already in the Assessor’s Office and staff has been trained on the model,” Kaegi said. “It can function on the computer system as it exists. It does not need a major capital investment. It makes more accurate information on foreclosures and underwater mortgages.”

“This will be a great story of turning around pay-to-play and corruption,” he added.

Kaegi said he is not concerned about going up against the Cook County Democratic Machine.

“The Machine is most effective when there is not a known candidate against the Machine,” Kaegi said. “Polls show I have 80 percent name recognition.”

The challenger said he does not believe the Machine will be a strong factor in the assessor’s race and any clout it may have will be negated by the congressional support he has gotten from U.S. Reps. Danny Davis (D-7th), Mike Quigley (D-5th) and others.

“The machine has been a lot weaker than it has been given credit for,” Kaegi said. “A machine candidate in Berrios’ own ward lost in 2015. We see more and more voters making their own decisions.”

He also has the support of three Cook County commissioners and 15 Chicago aldermen.

Berrios lists Cook County Commissioner Luis Arroyo Jr. as endorsing him, but Arroyo was part of the Northwest Side Political Action Committee that endorsed Kaegi this weekend.

“During my first term as commissioner, I’ve seen more and more people come visit my office, looking for relief from their soaring property tax bills,” Arroyo said. “Assessor Berrios says that he has done a good job by sending out tax bills on time. But what good does it do to send the bills out early, if they are so unfair?”

Kaegi balked at claims that he is self-funding his campaign.

However, the Illinois Campaign for Political Reform shows that Kaegi has contributed $1.5 million to his campaign thus far, including a $250,000 donation on March 5. The campaign had $1.2 million on hand as of March 10.

Kaegi’s donations to his own campaign are seven times that of the next highest donor, Leo Smith.

Berrios is also the fourth highest contributor to the Committee to Elect Joseph Berrios Cook County Assessor, having donated $100,000 to the fund.

— ‘Progressive’ takes on ‘the Machine’ in Cook Co. assessor’s race —-