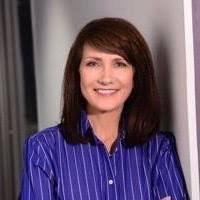 The Democratic primary for the 3rd Congressional District seat pits a seven-term incumbent against a former advertising executive and human rights advocate.

U.S. Rep. Dan Lipinski of Western Springs is seeking to return to Congress, but will need to top Marie Newman of La Grange, who has picked up several endorsements, including two Illinois congressmen who have worked with Lipinski. 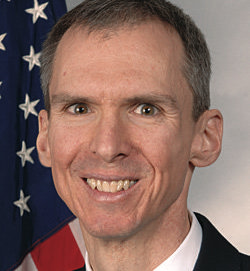 “Firefighters are brave men and women who answer our calls for help with disregard for their own well-being,” Lipinski said in a statement. “Growing up I had many friends whose fathers were Chicago firefighters. I am honored to have earned the support of these unions and privileged to represent many firefighters as 3rd District constituents.”

Lipinski is also touting the endorsement of 56 female elected officials in the 3rd District.

“From co-sponsoring the Paycheck Fairness Act to stop the gender pay disparity to working to reauthorize and fully fund the Violence Against Women Act, Congressman Lipinski listens to his constituents and delivers on issues that matter to women,” said Oak Lawn Village Clerk Jane Quinlan.

Lockport Alderwoman Joanne Bartelsen stated, “We are grateful to Congressman Lipinski for being a tireless advocate for women’s issues and for fighting for the middle class.” 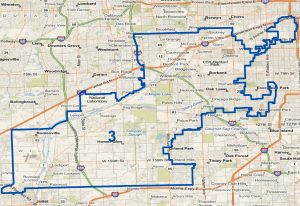 “I am grateful for these endorsements because they reflect my record as someone who fights for 3rd District working men and women,” Lipinski said in a statement. “From safeguarding retirement security to creating good-paying American jobs, I will continue to fight for our working families.”

Newman has picked up support from the Illinois Federation of Teachers, Service Employees International Union Illinois Council and the Chicago — South Side, Brookfield, Western Springs and La Grange/LaGrange Park branches of Indivisible, a group supporting progressive ideas and candidates

“Marie Newman is a bold progressive with real experience fighting bullies, just like the one in the White House,” Schakowsky said. “We need more women like Marie Newman in Congress.”

Gutierrez said Lipinski has not always been on the side of working families during his time in Congress.

“As public servants, our top priority is to put the best interests of the hard-working Illinois families we represent first. Unfortunately, Dan Lipinski has not always made that his mission,” Gutierrez said. “That is why I’m proud to endorse Marie Newman in her bid to represent Illinois’ 3rd District. Marie will fight for the reproductive freedom of all Illinois families, protecting immigrants and our Dreamers and fight to give all hard-working families their best shot.”

Neither Lipinski nor Newman responded to repeated Chronicle requests for an interview.

On his website, Lipinski said that during his time in Congress he has always fought the status quo of endless bickering that produces gridlock and hurts the nation.

“I work to bring people together to solve problems and address issues, such as middle-class job creation, fixing our transportation systems, making health care more affordable, helping small businesses, promoting American innovation, and honoring veterans and seniors,” Lipinski said. “I also take pride in the work my staff and I do to help constituents. This is commonsense leadership that gets results.”

On her website, Newman said she is more in touch with the values of 3rd District residents than is the current congressman, noting that Lipinski was the only Democrat from Illinois to vote against establishing the Affordable Care Act and has voted repeatedly with the Republican majority to de-fund Planned Parenthood, which provides women’s health care to tens of millions of Americans.

“Healthcare is a right; it is not a privilege,” Newman said. “While I continue to support improvements to the Affordable Care Act, I believe Congress needs to step up to protect and expand health care for all Americans … We should be looking at uniquely American versions of universal care that solve the nation’s current issues once and for all.”