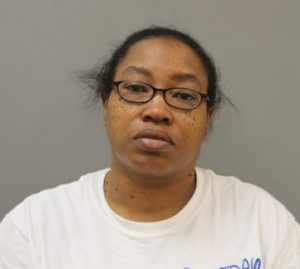 Two people have been charged with DUI in connection with accidents that led to the death of one good Samaritan and seriously injured two others Sunday morning (June 21) on the Bishop Ford Freeway.

Curtis Hale Melton, 31, of Maywood, was killed when he and two other men were helping people hurt in a rollover crash minutes earlier on Interstate 94 at the split between the express and local lanes south of 47th Street in Chicago.

The earlier rollover crash, which occurred at 12:30 a.m. Sunday, left five people, including three children, injured. All five were taken to a local hospital, but none of their injuries were life-threatening, according to Illinois State Police.

Hale Melton and two 25-year-old Chicago men — Ezekiel Williams and Corey Seifer — were helping the driver and passengers in the rollover crash when they were struck by a 2017 Nissan Sentra, driven by Sabrina Johnson, 45, of Chicago, police said.

The Cook County State’s Attorney’s Office on Monday approved a charge of aggravated driving under the influence — causing death against Johnson. 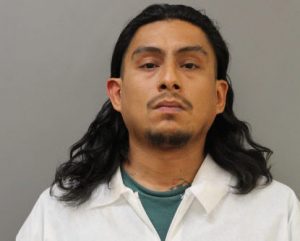 If convicted, Johnson faces three to seven years in state prison and/or fines up to $25,000.

In the initial accident, a 2001 Infinity QX4, driven by Francisco Carreno Jr., 34, of Chicago, was traveling in the left lane on southbound I-94 at the express/local split south of 47th Street, according to State Police. Carreno lost control of the vehicle, swerved to the left of the roadway and hit the concrete median wall on the left shoulder, police said. The impact caused the vehicle to overturn on the roadway, according to police.

Carreno and the four passengers in the car — Melisa Camacho, 34; a 13-year-old boy; an 11-year-old girl; and a 9-year-old girl, all of Chicago — were taken to a local hospital with non-life-threatening injuries, State Police said.

Carreno’s bond was set at $20,000, 10 percent to apply plus electronic monitoring.

Ezekiel Williams and Corey Seifer were taken to a local hospital with serious injuries, police said.

Hale Melton died of his injuries at the scene, according to police.

All lanes of the Bishop Ford Freeway were closed during the accident investigation. The express lanes reopened after nearly 40 minutes. The local lanes did not reopen for 5½ hours.