When conjuring up an image of a healthy ecosystem, few of us would think of a modern city.

But scientists are increasingly recognizing that humans now influence the majority of ecosystems, and even home gardens in urban landscapes can contribute important ecosystem services.

“Ecosystem services are the benefits that ecosystems provide to humans. In a natural ecosystem, these are things like natural medicinal products or carbon that’s sequestered by forest trees. In an urban context, it would be similar types of things. For example, shade from trees provides microclimate control to keep us more comfortable,” said University of Illinois landscape agroecologist Sarah Taylor Lovell.

Lovell and her colleagues investigated the ecosystem services and disservices provided by home food gardens in Chicago, adding a cultural dimension by looking at gardening practices in specific ethnic communities.

In an earlier study, they found a high density of food gardens in Chicago were in African American, Chinese-origin, and Mexican-origin communities.

The team visited and interviewed nearly 60 households across the city, noting the types and relative abundance of the edible plants, ornamental plants, and trees in each garden.

The number of plant species in an area can have a direct impact on insects, birds, and other wildlife, but non-native crops may not benefit wildlife in an urban context to the degree that native plants might. The researchers identified additional consequences to urban food gardens in terms of ecosystem services. 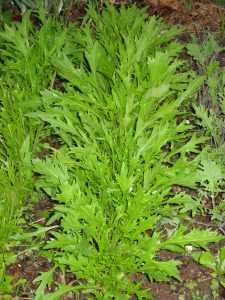 “Most of the gardeners were using synthetic fertilizers to really optimize production,” Lovell explains. “In doing so, they were increasing some nutrients to a level that could lead to runoff and contamination of surrounding environments. We also identified a tradeoff between needing sunlight for your vegetable garden and preferring a treed habitat for microclimate control. Gardeners would sometimes remove trees or reduce the level of shade and shrubs.”

Despite these issues, the researchers noted that urban gardens play an important role in the cultural lives of gardeners and may lead to greater food security where fresh produce is not easily available.

“Each cultural group was specifically selecting ethnic crops and propagating plants that were familiar to them,” Lovell says. “I think, in some ways, especially for first generation immigrants to Chicago, it’s a way to bring a feeling of home.” 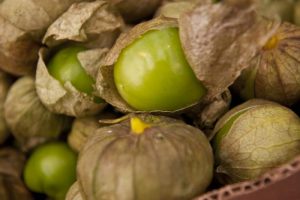 Several food crops, such as squash and herbs in the mint family, were common in many of the gardens, but each cultural group grew plants that were unique to that group. For example, collards and okra were only found in the gardens of African Americans.

The work was innovative in terms of bringing a cultural dimension into the study of urban ecosystem services, but, for the researchers, the bottom line came down to people.

Lovell notes, “It was mainly about the interesting and unique connection between cultures and their foodways. The study demonstrated a special connection between what you can grow, how you grow it, and what your background is. Gardens may have the potential to connect you to a historic past or your own community. If there’s a certain ethnic group in a community, gardening becomes a way to communicate with their neighbors, as a unique social network option.”

The article, “Ecosystem services and tradeoffs in the home food gardens of African American, Chinese-origin and Mexican-origin households in Chicago, IL,” appears in Renewable Agriculture and Food Systems.

Lead author, John R. Taylor, is an assistant professor at Chatham University. Lovell and additional co-authors, Sam Wortman and Michelle Chan, are at University of Illinois.