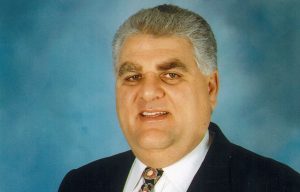 As the deportation net expands wider for undocumented immigrants, based on executive orders of President Donald J. Trump, suburban Cook County towns and school districts are taking a look at “welcoming ordinances” with varied success.

In Oak Park and at school districts in Evanston, Proviso Township and Berwyn, government bodies have voted to adopt rules spelling out how staff should interact with federal agents from the Department of Homeland Security’s Immigration and Customs Enforcement (ICE) agency. But in other towns, trustees have balked at the idea of countering federal law enforcement officials. Many say they are fearful of ramifications of Trump’s executive order threatening to strip “sanctuary cities” of federal aid dollars.

In Oak Park, the “welcoming” ordinance, passed unanimously Feb. 6, bars city officials and police from contacting, collaborating with or assisting ICE with regard to any person’s immigration status. The ordinance also forbids local government or the police department from giving ICE agents access to any village databases or to use local facilities. The ordinance also says the village will not participate in any “registry” based on religion, national origin or ethnicity.

The Cook County Board paved the way by passing a sanctuary ordinance in 2011, Ruiz-Velasco said. The county board and Sheriff Tom Dart refused to cooperate with ICE “detainer” requests, which ask local jails to hold persons suspected of having illegal immigration status. At the time, President Toni Preckwinkle said the county could not afford to keep people charged, but not convicted of crimes in custody after they had served their time, or bonded out at a hearing.

Recently, some suburban school districts have also followed the lead of Chicago Public Schools by passing “Welcoming district” resolutions outlining how staff and teachers can refuse to cooperate with ICE agents who may not enter a school building without a legal arrest warrant and permission from the superintendent and school attorneys. Evanston Township High School D202, Proviso Township High School D209 and South Berwyn D100 passed “haven” or “sanctuary” resolutions.

Some board members have opposed the actions, saying they are largely for show, and that federal agents could not be stopped from entering a district if they chose to. “We’re giving these kids a false sense of security,” said PTHS D209 board member Dan Adams, who voted against the Proviso resolution.

In Berwyn, newbie city council members elected in the Feb. 28 city primary say a sanctuary ordinance is their top priority when they are seated on the council after the April 4 consolidated election. Berwyn residents are almost 60 percent Hispanic, according to the 2010 U.S. Census.

But some towns have not warmed to the idea. Melrose Park Mayor Ronald Serpico told a large audience at Melrose Park Village Hall Feb. 27 that even though he personally supported immigrants, he could not take action on a proposed ordinance to create “sanctuary city” status for the village. Even after testimony from sisters from the local Missionary Sisters of St. Charles Borromeo-Scalabrinians, about families torn apart, Serpico would not agree to consider the ordinance. Local police did not ask for immigration status, and already abandoned a “click-it-or-ticket” program, Serpico said, because it caused too much fear among residents. One ICE arrest took place in Melrose Park in January during a series of ICE raids that took 680 people into custody nationwide.

In Forest Park, the Village Council heard residents’ arguments for and against a sanctuary ordinance at two February meetings. Resident Maui Jones asked the council to consider that medical students at nearby Loyola Hospital who are registered with the Deferred Action for Childhood Arrivals (DACA) Act, passed by President Obama. The village’s new Diversity Committee is drafting a welcoming ordinance, which they will submit to the council.

“The Village of Forest Park has always, always been a welcoming community,” said Mayor Anthony T. Calderone. “We can’t control what happens in Washington D.C. or Springfield, Ill., but we can continue to be a community that continues to embrace each other.”

Maywood Trustee Isaiah Brandon proposed a welcoming or sanctuary ordinance at a Feb. 15 board meeting. Brandon said he wanted to send a village that immigrants were “welcome in Maywood” so they could say “Maywood is my home.”

Maywood’s Latino or Hispanic population has increased to more than 20 percent, according to the 2010 U.S. Census. Neighboring Proviso towns have also seen increases in Hispanic and other immigrant residents.

Local governments and schools are looking for best practices from organizations such as the National League of Cities, which hosts a Washington D.C. conference in March. Philadelphia Mayor Jim Kenney will speak about the revitalization of his city due to  immigrants.

“Seventy-five percent of the city’s workforce growth is due to the influx of immigrants and immigrant-owned businesses account for $770 million in annual ‘main street’ business earnings,” Kenney said in a recent article. Immigrants have reversed “five years of population loss,” Kenney added. Bilingual staff in the city business departments speak Spanish, Mandarin and Korean, he said.

“How well Philadelphia succeeds in integrating immigrants — so that newcomers become Philadelphians in one generation, not two — will be the true measure of our success as a welcoming city.”