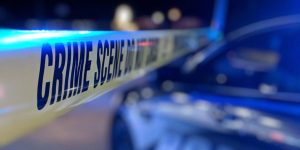 Chicago police are warning residents of the city’s Grand Central (3rd District) neighborhood about crimes that have occurred in the area, including the attempted criminal sexual assault of a woman.

The attack happened at 1 a.m. May 16 in the 1900 block of North Keystone. The victim, a 36-year-old woman, was walking on the sidewalk when an offender approached, displayed a knife, and threatened to sexually assault her.

The offender threw the victim to the ground, kicked, and punched the woman, and cut one of her arms with the knife, causing small lacerations. He then fled in an unknown direction.

Police offered the following tips to avoid being the victim of a sexual assault:

Anyone with information about the incident or offender should call the Chicago Police Department’s Bureau of Detectives for Area 5 at 312-746-6554. Anonymous tips can be submitted at cpdtip.com.

Police said there have also been numerous business and residential burglaries, and robberies in the Grand Central area since March

In the business burglaries — all on East 71st Street — offenders entered by throwing an object through the glass of the front entrance and removed items. In one incident, an offender was seen fleeing in a red vehicle.

Police offered these tips to business owners to avoid a burglary and how to react, if burglarized:

Residential burglaries were also reported in the neighborhood in April and May. Burglaries occurred at:

Two robberies also occurred in the Grand Crossing neighborhood during May. In both incidents, offenders approached victims, produced a handgun, and demanded property.

The robberies were at:

Anyone with information about any of the burglaries or robberies, or the offenders should call the Chicago Police Department’s Bureau of Detectives for Area 1 at 312-747-8380.