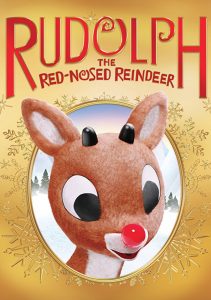 The 1964 TV movie version of “Rudolph the Red-nosed Reindeer” will be shown Dec 16 at the DeKalb Public Library.

Gov. Bruce Rauner has announced a statewide hotline created to get immediate help to individuals and families affected by opioid addiction. With the help of the Opioid Overdose Prevention and Intervention Task Force, this helpline will provide information on addiction treatment resources and recovery-support services.

“This helpline will provide a quick way for Illinoisans struggling with dangerous addictions to access resources, treatment options, and support,” Rauner said. “We are focused on helping them get on the road to recovery to combat further drug overdose tragedies.”

In launching the helpline, Rauner will tackle the opioid crisis and combat the growing number of overdose deaths related to heroin, other opioids and synthetics like fentanyl. Administration officials have been meeting throughout the year to establish an agenda to combat the epidemic. Rauner unveiled the Opioid Action Plan and signed Executive Order 17-05, creating the Opioid Overdose Prevention and Intervention Task Force this year. The task force was charged with building strategies that would help reduce projected opioid overdose-related deaths by one-third within the next three years.

Former Northern Illinois University president Doug Baker will get his $600,000 severance, because of a second vote the NIU Board of Trustees took to pay it. The payment was held up after a DeKalb County judge declared it null and void last month.

Judge Bradley Waller ruled the original contract, which the trustees approved June 15, null and void. He agreed with the lawsuit filed by NIU student and DeKalb County Board member Misty Haji-Sheikh, who said the board violated the Open Meetings Act by using vague and ambiguous terms on the meeting agenda that did not fully inform the public that Baker would resign, or his severance agreement would be voted upon.

The trustees voted again Dec. 7 to pay the severance.

Baker resigned following the release of a report concluding he had mismanaged the university by offering lucrative consulting jobs to several employees and improperly classifying their positions to skirt state collective bidding requirements.

The DeKalb Park District is urging residents “to give the gift of play” this holiday season. The district is selling gift cards, which can be redeemed for pool passes, golf passes and park district program and activity fees. To purchase cards in various denominations, go to dekalbparkdistrict.com.

‘Rudolph’ movie to be shown

Relive the magic when Rudolph visits the Island of Misfit Toys, and Santa asks Rudolph to guide his sleigh on Christmas Eve. Family approved for all ages, this classic movie, first seen on television in 1964, runs for 52 minutes. No registration is required for this free event that is being sponsored by the Friends of the DeKalb Public Library. The movie will be shown at 10 a.m. Dec. 16, in the Story and Activity Room of the library, 309 Oak St. For more information, email theresaw@dkpl.org or call (815) 756-9568, ext. 3350.

Doctor of audiology students and faculty at Northern Illinois University are conducting a research study to examine and compare the hearing status of children in the United States and in several countries in Asia and South America.

To help with this study, free hearing tests for children aged from newborn to 18 years will be held from 10 a.m.-12 p.m. Dec. 20, at the DeKalb Public Library, 309 Oak St. Accompanying family members are welcome.

All tests are non-invasive, and will follow standard hearing procedures offered in hearing clinics around the world. Held in the Youth Services Study Rooms. For more information, contact Dr. King Chung at kchung@niu.edu.

Drum band to perform at Library

Potts & Pans Steel Drum Band will bring one of their duos to perform at the Sycamore Public Library, 103 E. State St., Sycamore. The public is invited to enjoy holiday music with the library staff. No signup is required for this free performance.

The Sycamore Library will accept larger donations of new/used books, and other materials at the Circulation Desk of the library, 103 E. State St., 9 a.m.-1 p.m. Dec. 16. Also, library staff will accept books for recycling. Items donated may be added to the library’s annual SPLAG Book Sale, and all proceeds go to support Youth and Teen programming at the Library. Donations may be tax-deductible. Receipts may be obtained at the Circulation Desk. The library does not provide valuations of donations.

Gun use, safety class to be held Dec. 16

Northern Illinois Carry LLC will hold a conceal-and-carry gun class designed to Increase or refresh individuals’ knowledge of gun safety, gun information and gun handling. The fundamental principles of self-defense will be taught, and students also will learn the framework of decision making and justifying defensive force, within the context of the constitutional Second Amendment right to keep and bear arms. The class will be held at 8 a.m. Dec. 16, at the Country Inn & Suites, 1450 S. Peace Road, Sycamore. For more information, call (815) 501-9421.