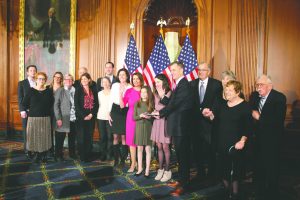 In the midst of explaining the importance of the U.S. House Rules Committee — her committee assignment — to her social media followers, new 14th District Congresswoman Lauren Underwood of Naperville got a call.

With the excitement of an overcaffeinated public television telethon host, Underwood belted out, “We have a phone call!”

For her fellow suburban Democratic script flipper, Sean Casten, heading to the nation’s capital was a role reversal at his Downers Grove home. For the past 10 years, he and his wife have taken pictures of their girls before the home’s front door on the first day of school. On Jan. 1, as Casten began his excursion to Washington D.C. for his first day on the job in the U.S. House of Representatives, he had a picture taken at the front door with one of his daughters.

Casten and Underwood were part of the Blue Wave that flipped Illinois’ 6th and 14th district seats, respectfully, to Democrats and wrestled control of the U.S. House from Republicans.

“Business as usual in the Congress, those days are done,” Underwood said in a video message to supporters after being sworn in Jan. 3. “The American people and the people of the 14th District of Illinois have sent us here on their behalf to do this great work in our nation, and part of that involves cleaning house here in Congress.”

Casten has come out firing, blasting the president and his wall plan, and Senate President Mitch McConnell (R-Ky.), in his first two Tweets as a congressman. 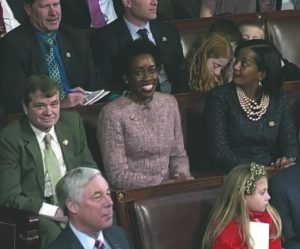 “It is not my experience that you can raise $5B(illion) for a construction project as unspecified as the wall/fence/collection of artistic slats. Then again, I never worked for Trump Inc.,” Casten tweeted Friday (Jan. 4).

A day earlier, he quoted a Politico article that said “McConnell has announced publicly that he’s not going to consider any legislation until Trump backs it.”

The 6th District congressman went on to say, “The public expects you to act as a balance to the executive, Mr. McConnell. If you don’t believe me, some recently retired GOP Reps can explain.”

The Rules Package for the 116th Congress include two provisions authored by Underwood that build on the 2018 update to the Congressional Accountability Act. The provisions are aimed at prohibiting sexual relations between members of Congress and their committee staff, and the use of nondisclosure agreements to silence sexual assault survivors and witnesses.

“It is a new day in the House of Representatives,” Underwood said. “In the Democratic majority, when the American people have elected the most diverse Congress with more women serving than ever before, we are demonstrating a commitment to conducting the business of our nation with the highest standards of ethics and decency.

“My contributions to this legislation will prevent abuse, harassment, intimidation, threats and discrimination that would be illegal in other workplaces. Survivors have told us how nondisclosure agreements have been misused to silence survivors and witnesses. ‘Time’s Up’ has come to the halls of Congress.”

Underwood’s early actions are getting the attention of her peers. 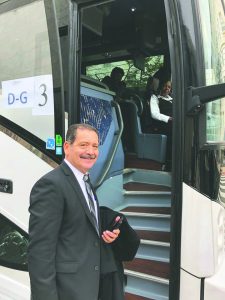 “Congresswoman Underwood’s leadership made this important change possible. Our Rules Package is stronger for it,” said Rules Committee Chairman Jim McGovern (D-MA). “We are moving to clean up Washington so the American people can have faith in this institution again.”

House Resolution 724, authored by Underwood, bans sexual relations between members and staff under their supervision. The rule extends the ban to relationships between committee staffers and any member who serves on their committee of employment.

Also included in the Rules Package is Underwood’s proposal to prohibit the use of nondisclosure agreements to prevent congressional staffers from speaking of the Office of Compliance, the House Ethics Committee or the Office of Congressional Ethics.

“No employee should fear discrimination or harassment in the workplace, and these important reforms further strengthen our commitment to a productive and harassment-free workplace,” Underwood said.

Fellow freshman Illinois Congressman Jesus “Chuy” Garcia (D-4th District) said he was excited to be a voice in Washington for his constituents.

He said he was looking forward to “speaking for all those who don’t have a voice; making our communities more livable and safe; creating an economy that helps all Americans.”

The new congressman said he was overwhelmed by the people from home who made the trip to Washington to share in his swearing-in ceremony.

“So thankful to all the people from IL-04 who traveled to Washington D.C. to be with me,” Garcia said in a Tweet. “I hear you. I see you. I will fight for you. Together we will make our communities safe for our families.”