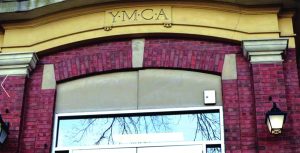 The YMCA of Metropolitan Chicago has announced the permanent closure of Naperville’s Kroehler Family YMCA.

“The overwhelming stress that the coronavirus (COVID-19) pandemic has put on our global economy has also put an enormous strain on our organization to the point where we are no longer able to sustain the center during and after the pandemic,” YMCA said in a statement.

The closure of the facility, located at 34 S. Washington, was set to take effect June 1. YMCA also announced facilities in Des Plaines and Niles would also close.

“Even before COVID-19, the Kroehler Family YMCA has been operating at a loss for many years, mainly due to the rising costs of maintaining an aging building, and declining membership and program enrollment,” the YMCA statement continued. “Still, we knew how much the community values its programs and services and we did everything possible to keep the center going — even at a loss.”

The organization said it considered a fundraising effort, but forecasts suggested that would not be enough to cover future losses.

Members with questions to seeking a time to pick up belongings are asked to call 773-905-5155.

“It has been our honor to serve you at this location for the past 110 years,” the YMCA statement continued. “Thank you for your support and participation in programming at the Kroehler Family YMCA and for your understanding as we move forward with this difficult but necessary closure.”