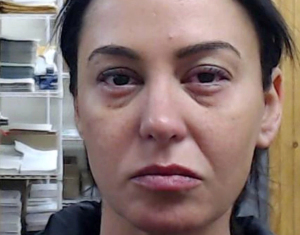 that killed cop from Glen Ellyn

A special prosecutor has been appointed to try the case of a Joliet police officer charged in connection with an accident that killed a Berwyn police officer.

Joliet officer Erin Zilka, 35, of Plainfield, faces charges of driving under the influence of alcohol in connection with the Jan. 19 crash that killed Berwyn officer Charles Schauer, 33, of Glen Ellyn. Schauer was a passenger in the vehicle.

Will County State’s Attorney James Glasgow had filed a motion in Circuit Court seeking the special prosecutor because of Zilka being a Joliet police officer and his agency already working with her on two other cases.

William Elward has been appointed special prosecutor in the case. Elward is a senior assistant in the Criminal Trials Assistance Bureau of the Illinois Attorney General’s Office.

Police said prior to the crash that Zilka and Schauer were in, a crash had occurred at 6 a.m. Jan. 19 in the right two lanes of southbound I-55 at Route 30 involving a 2008 Hino box truck and a 2006 Nissan Titan pickup truck.

Two minutes later, the 2019 Dodge Durango containing Zilka and Schauer struck the rear of the box truck, according to State Police.

Investigators said that Zilka was transported to an area hospital with non-life-threatening injuries, but Schauer was pronounced dead at the scene.

In the earlier accident, Rodrigo Marin, 41, of Plainfield, the driver of the Nissan, was charged with two counts of aggravated driving under the influence, failure to reduce speed, improper lane use, leaving the scene of a property-damage accident, failure to render aid and driving while license revoked.

Police said Marin left the scene of the crash and was later located on foot not far from the area. No injuries were reported and Marin was taken into custody, police said. Ocampo was not cited in the incident.

Schauer, formerly of Elmwood Park, was a 2004 graduate of Fenwick High School and attended Western Illinois University. He was married, has two children, and is the son of retired River Forest police Officer Charles Schauer.

Before becoming a Berwyn police officer, Schauer was a U.S. Marine, deployed to Iraq in 2006.

A Chicago investment manager has been indicted for allegedly swindling money from women he met through online dating services.

Marcus Beam, who owns and controls various companies in Chicago and the suburbs, exaggerated his financial success and the expected return on investments to fraudulently obtain money from women he met online and other investors, including a family member and a former employee, according to an indictment returned Jan. 16 in U.S. District Court in Chicago.

Beam falsely claimed that their funds would be invested in popular stocks such as Uber and Lyft, and other investment products such as gold, art and real estate, the indictment states. In reality, Beam spent the money for his own personal benefit, including cash withdrawals, rent payments, auto loans, credit-card and payroll expenses, and purchases at retail stores such as Walmart and Ikea, the indictment states. The fraud scheme began in 2015 and continued until October, resulting in a loss to investors of at least $500,000, the indictment states.

The indictment charges Beam, 49, of Woodridge, with nine counts of wire fraud and one count of mail fraud. His arraignment in federal court will be Thursday (Jan. 30).

Authorities said at least one woman gave Beam $67,000 in three electronic transfers from her bank account. The same woman sent Beam $25,000 from her mother’s bank account as well, the indictment said.

Another woman sent $16,000 to Beam in two electronic transfers, according to the indictment. A third woman transferred $10,000 to Beam, authorities said,

An Arlington Heights woman said that Beam mailed her a fictitious account statement showing profits from her investments.

Assistance was provided by the U.S. Securities and Exchange Commission, which previously filed a civil complaint against Beam.

According to the indictment, Beam held himself out as the CEO, president, manager and owner of a Chicago investment company called Chase Private Equity LLC, which was also known as New World Capital LLC. Beam also owned and operated other companies, including a Naperville-based virtual reality company called VR 360 LLC, and Imex Energy Inc., a Bolingbrook-based brokerage firm doing business as Grey Market Investments that claimed to sell retail electricity for third parties, the indictment states.

He falsely represented that CPE had assets under management of more than $95 million, investigators said.

The charges allege that Beam attempted to conceal his fraud scheme by furnishing victims with account statements that misrepresented the value of their funds. Beam also made false lulling statements to investors for why their money could not be paid back as requested, the indictment states. Some of the money allegedly misappropriated by Beam came from investors’ retirement accounts and investors lost that money, investigators said.

Law enforcement officials said Beam hired a group of telemarketers to make cold calls to many people in order to solicit investments. Beam had the telemarketers falsely represent that investors would make substantial profits with CPE, according to the indictment.

Bond set for men accused of stealing car at gunpoint

Bond has been set for two men charged with hijacking a man’s car at gunpoint from a Woodridge gas station. Darryl Simmons, 18, of Woodridge and Jehdan Matthews, 19, of Calumet City, appeared at a bond hearing last week.

On Jan. 22 at approximately 1 p.m., Simmons and Matthews were at the Citgo gas station located at 2340 75th  Street in Woodridge.when Simmons approached a man at one of the gas pumps, put a gun to the man’s side and told him “give me the money.”

Simmons then demanded the keys to the man’s car. He and Matthews then got in the man’s car, with Simmons driving, and drove away. As  the duo drove away, the car broke down in traffic at which time Darien police officers observed the two men flee the vehicle.

Officers pursued the men and after a foot chase, which led through a nearby golf course, both men were apprehended. Police also recovered the gun allegedly used in the hijacking along with a 30-round extended magazine.

A Michigan homicide suspect was arrested shortly before 9 a.m. on Jan. 21 after a Kane County SWAT team entered an apartment complex on Oakton Road in Montgomery and took the 35-year-old into custody without incident.

According to a Kane County Sheriff’s Office report, sheriff’s deputies and the Kane Country Regional SWAT team were requested at about 5:15 a.m. today (Tuesday, Jan. 21, 2020) to assist Montgomery police and the U.S. Marshal’s Service with a report of a sighting of Scott Jones, wanted out of Michigan for homicide.

Kane County Sheriff Ron Hain said authorities quickly learned that Jones was held up in the apartment, which was being rented by a relative of Jones, and that there were several people in the home, including an infant girl.

“During the incident, three adults and two kids left the house, leaving Jones and the female infant inside the home,” Hain said. “When SWAT entered the house, the infant was still asleep and found uninjured.”

Kalamazoo police had been looking for Jones since Sept. 21, when officers were sent to a call of a man down with gunshot wounds.

The victim, a 20-year-old Kalamazoo resident later identified as Antonio Dewayne Reese-Manley, had been struck by gunfire. He was rushed to a local hospital, but was later pronounced dead.

During the standoff, Sheriff’s Office authorities advised neighboring residents to stay inside their homes, and roads in the area of the Victoria Apartments in Montgomery were blocked.

Aurora Police Department traffic investigators have released  two pictures of the vehicle whose driver is wanted for questioning in connection to a fatal Jan. 13 hit-and-run crash on Aurora’s near west side.

The vehicle in question is believed to be a light-colored sedan.

The Aurora Police Department is investigating after a 57-year-old man, now identified as Brent Jean of Aurora, was killed in the hit-and-run that took place in the 500 block of South River Street.

According to APD news releases, officers responded at around 7 p.m. Monday, Jan. 13, 2020, to reports of a person struck by a vehicle, and found Jean lying in the roadway. The suspect vehicle had fled the scene.

South River Street was closed down between Prairie Street and Second Street while traffic investigators reconstructed the accident.

Police said the investigation into the circumstances of the crash is ongoing. Anyone with information about the accident is asked to call the Aurora Police Department’s Traffic Unit at 630-256-5330 or call Crime Stoppers at 630-892-1000 to report information anonymously.

The City of Aurora has launched a new hub for non-profits, social innovators and entrepreneurs this week.

Located at 712 S. River Street, TCC is housed in the newly renovated facility that once served as the headquarters of the Fox Valley Park District.

“Research has proven that collaboration leads to significant growth in new and existing businesses,” said Aurora Mayor Richard C. Irvin. “The City of Aurora seeks to support our local nonprofits and social entrepreneurs in achieving such growth by establishing a location that fosters sharing, caring and connection.”

TCC will provide a place and opportunities for organizations and entrepreneurs to enhance their operation through low-cost rental spaces and various curated workshops and training.

Members can choose from a wide range of options for individual or shared office space, including renting a meeting room or obtaining a day-pass for temporary space. Workshops will be designed to provide in-depth learning opportunities in all aspects of organizational and business functioning, including marketing and promotion, strategic planning, fundraising and investment seeking and succession planning.