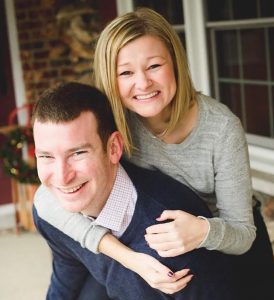 A Starbucks in Lisle, located at 1048 Maple Ave., will host a blood drive in memory of Greg Nylander on Saturday, April 6, from 8 a.m.-2 p.m. His mother, Kathy, has worked as a barista at the coffee shop for the last 12 years.

DuPage County has once again ranked among the healthiest counties in Illinois, according to a study by the Robert Wood Johnson Foundation.

DuPage is ranked ranked tops in Illinois in Health Factors and second in Health Outcomes among the state’s 102 counties.

County rankings are based on quality of life factors such as longevity and overall health status, including physical and mental health. Health Factors (how healthy we can be) and Health Outcomes (how healthy we are).

DuPage County has been in the top five in both categories for several years and is currently ranked Number 1 in Health Factors and Number 2 in Health Outcomes among the 102 counties in Illinois.

“We are very proud to be among the healthiest counties in Illinois,” said Karen Ayala, DuPage Health Department Executive Director. “The high rankings are a direct result of our strong healthcare partners and other services provided to residents that support healthy living.”

The report,  available at www.countyhealthrankings.org/,  includes interactive maps that offer an overview of the county health rankings in Illinois.

The Starbucks at 1048 Maple Ave. in Lisle will host a blood drive on April 6 in memory of Greg Nylander to help replenish the local blood supply and aid others who are fighting life-threatening illnesses.

Nylander’s mother, Kathy, has worked as a barista at the coffee shop for the last 12 years. The drive will run from 8 a.m.-2 p.m.

Despite being diagnosed with an aggressive form of non-Hodgkin lymphoma in July 2016, the Hinsdale Central and University of Kansas graduate remained upbeat, positive, and looked toward the future, according to his mother.

July 7, 2017, and was in complete remission. But after overcoming several health hurdles, Greg contracted the rare fungal infection Mucormycosis, which unexpectedly and suddenly claimed his life on Aug. 2, 2018. He was just 34 years old.

Nylander had spent more than 200 days in the hospital and received numerous blood and platelet transfusions during his two-year fight.

“The blood Greg received helped to boost his immune system and provided energy to get through the difficult times and to continue working,” said Kathy Nylander, who hopes to make the blood drive an annual event. “Helping others is exactly what Greg would want us to do,” she added. “He was an extraordinary person, with a love for life and a contagious positive attitude. He would be thrilled we are making an impact on others.”

To schedule an appointment, visit vitalant.org, log in, scroll down to search by Group Code 939B or call (877) 258-4825. In preparation for their donation, donors are asked to eat well, stay hydrated and arrive with proper identification. The donation appointment takes about an hour (with the donation itself only around ten minutes) and is both safe and comfortable.

Naperville Park District crews will be conducting prescribed ground-level burns in various areas throughout the city later this month in an effort to improve the habitat for native plants.

“Controlled burns mimic nature’s way of keeping weeds under control so that native vegetation can thrive in the natural areas of our parks,” explained Kevin Finnegan, director of parks.

Timing of the burns depends on ground temperature after the snow melts. “There’s actually a small window of time during which we can complete spring burns,” added Finnegan.  “The ground needs to be sufficiently warm, but the grass must remain dormant for the burn to be successful.”

Additionally, weather conditions and wind velocity and direction permit only a few sites to be burned each year, during either the spring or fall burn seasons.  Trained crews supervise this process, and the Illinois Environmental Protection Agency and Naperville Fire Department issues an annual permit to the park district for this activity.

The Naperville Park District plans to renovate the Jaycee Playground on the Riverwalk in fall 2019 and invites residents to help select playground equipment by ranking their preferred designs online this spring.

The link showing the playground equipment options is available through Monday, April 15 at www.napervilleparks.org/riverwalkparkplayequipment.

Participants can view five different layouts for the playground and rank them according to their preference. Each design was created by a different company based on the same budget.The current playground equipment at the Jaycee Playground was installed in 2005 and is in need of replacement due to wear and tear. One of the most popular playgrounds in Naperville, the equipment is used year round by families, preschools, day care centers, and Riverwalk visitors. Located near the Grand Pavilion just west of Centennial Beach, the playground has convenient parking, drinking fountains and restrooms.

Construction is now underway on 55th Street between Maple Avenue/Dunham Road and Williams Street in Downers Grove and Westmont.

During construction, 55th Street will be reduced to a single lane in each direction separated by a painted median. Residents will still have access to their properties during the project. Residents will be notified in advance when work will require removal and replacement of existing driveways.

“The proposed improvements will enhance safety and relieve congestion at Main Street and at Fairview Avenue by adding left turn lanes,” said Transportation Committee Chairman Don Puchalski. “This project will complement the work already completed to the east to improve traffic flow along this corridor.”

The total cost of the project is $8.5 million. Construction is scheduled to be completed by the end of 2019.

Project information can be at www.dupageco.org/DOT/Road_Construction/59942. For question or problems regarding construction, please call (630) 407-6900.

The Downers Grove Police Department investigating the report of a suspicious incident that occurred in the 1700 block of Prairie Ave. on March 16 at approximately 5 p.m.

A 9-year old-girl was roller skating near Lee and Prairie when the driver of a small gray SUV parked nearby and got out of the vehicle to check the trunk. The child became alarmed when the driver began walking towards her. The driver did not say anything to the child and she returned home and told her parents about the incident.

The driver of the small gray SUV was described as a white man, approximately 40-50 years old, with gray hair and wearing eyeglasses.

The Police Department remind parents to review stranger danger practices with their children. Children should also be instructed to run home or to a familiar house or school and get help immediately if approached by a stranger. The police should then be called as soon as possible.

Anyone with additional information is asked to please contact the Downers Grove Police Department at (630) 434-5600.

The team, along with their coach Don Zabelin, will now compete at the LifeSmarts National Competition in August, in Orlando, Fla.

The national competition features several rounds of competition including individual tests, creating a public service announcement, and solving challenges in 10 different LifeSmarts topic areas. The top 16 teams will then compete in a single elimination quiz bowl competition to determine the national champion.

During Aurora’s Spring Break, March 25-30, downtown museums are expanding their hours and offering discounts for visitors.

Aurora Historical Society and Aurora Public Art, both located in the David L. Pierce Art and History Center at 20 E. Downer Pl., will offer free admission as usual. Aurora Public Art will offer a drop in family art project from noon to 4 p.m. Wednesday through Saturday.

Aurora Regional Fire Museum will have expanded hours. They will be open the entire week from 10 a.m. to 4 p.m. Monday through Saturday.

Visitors may purchase a $10 pass allowing them to visit both the fire museum and Scitech during spring break week ($15 value). Passes may be purchased at either museum.