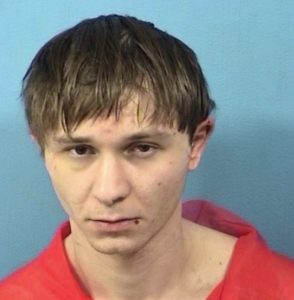 An Appellate Court has affirmed the conviction in a 2014 Naperville murder case.

Grant Van Muren, 26, was convicted of second-degree murder in the 2014 death of 55-year-old Charles Clarke of Naperville.

On Jan. 22, 2014, Naperville police officers responded to a call at Clarke’s home, smelled natural gas and located the deceased body of Clarke in the bedroom area. During the prior day, Clarke and Muren were in the home together as Muren has recently moved into the residence with Clarke. At some point while both men were home, a physical altercation ensued, resulting in Muren striking Clarke over the head with a small table and then strangling him. Muren then turned on the gas and left the door open allowing gas to fill the apartment. Muren then put his rental agreement papers in the toaster and turned it on. He then gathered his belonging and fled the premises.

The following day, Muren was apprehended by police officers after he was pulled over for a traffic violation.

A 37-year-old Aurora man is dead after being shot multiple times while standing outside a residence in the 0-100 block of South West St. on Aurora’s East Side at around 1 a.m. on May 9.

Nestor R. Herrera, who lived a few blocks away from the shooting scene in the 400 block of Clark Street, was rushed to a local hospital and later died during surgery.

According to Aurora Police, a continuing homicide investigation also includes a high-speed chase and car crash.

Witnesses described a vehicle seen leaving that address at a high rate of speed, and about an hour later, Aurora police patrol officers located a vehicle matching that description.

Police began an investigative traffic stop, and the vehicle drove off, leading police on a car chase that ended in the area of U.S. Route 34 and Hill Avenue, where the vehicle crashed.

Police said “several subjects were taken into custody related to that crash and are presently being held as part of both the car chase and the homicide.”

Due to work at the City’s Public Works Storage Yard, the monthly electronic recycling events for May, June and July are scheduled to take place at Commuter Lot 9, located near the intersection of Carlton and Liberty Drive. Please note that due to the location change, this collection will not be able to accept scrap metal or fluorescent tube bulbs.

The Illinois Tollway will host a series of open house meetings as part of the agency’s ongoing work on the $4 billion Central Tri-State Tollway (I-294) Project.

The Central Tri-State is being reconstructed from Balmoral Avenue to 95th Street to provide congestion relief, reconstruct old infrastructure to meet current and future transportation demand and address regional needs.

The open house meetings will provide the opportunity for the Tollway to offer 2019 construction information for customers, residents, businesses and communities.

For those unable to attend information is posted and updated regularly on the Tollway’s website Explore Projects at illinoistollway.com/projects .

Dilyss Gallyot, professor of Nursing at College of DuPage, has been named the College-Wide Outstanding Full-Time Faculty Member for the 2018-2019 academic year.

Representing the Nursing and Health Sciences Division, Gallyot will receive a $1,000 award from the College of DuPage Foundation, which annually recognizes outstanding teaching achievement.

Gallyot graduated from COD with an Associate in Science degree before earning a Bachelor of Science in Nursing from Northern Illinois University. She was named one of COD’s Distinguished Alumni in 2017. The Elmhurst resident worked full-time as a nurse for 16 years before she began teaching.

An Aurora woman was arrested last week after reportedly holding a knife to her husband’s throat and setting fire to his clothes.

At 1 a.m. Sunday, May 5, Aurora police officers were sent to investigate a report of a person with a weapon inside a residence in the 00-50 block of North Kendall Street.

Responding officers were advised that Rosanda Taylor was inside her home there, armed with a knife, and was “destroying the residence.”

The caller, Taylor’s 37-year-old husband, then informed police that Taylor had left the residence in a blue Chevrolet Malibu.

Upon arrival, officers saw heavy smoke coming from the residence and located a fire inside a bedroom. The husband and their small children, ages five months and 12 years managed to escape the home prior to police arrival.

Aurora Fire Department was dispatched and managed the fire, which was reportedly set by Taylor during an argument with her husband over suspected infidelities.

According to investigators, Taylor brandished a knife and at one point held it against her husband’s throat before going into a bedroom and setting his clothes on fire.

The husband received a small cut to his left hand, but no other injuries were reported to him or the children. He was treated and released at the scene by AFD medics.

Taylor was later located at her overnight place of employment, in the 2200 block of West Galena Boulevard in Aurora. She was taken into custody without further incident.

For the second time in team history, the Chicago Steel — Kane County’s very own hockey team — has advanced to the Clark Cup final.

The Steel reached  the championship series for the second time in the last three seasons by virtue of a 3-2 overtime win on May 4, closing out a 3-games-to-1 Eastern Conference Final over the Muskegon Lumberjacks.

The Steel was scheduled to meetWestern Conference Champion Sioux Falls Stampede in a best-of-five series beginning Friday, May 10, and Sunday, May 12, in Sioux Falls before returning to the Fox Valley Ice Arena in Geneva to host Game 3 on Friday, May 17 and, if necessary, Game 4 on Saturday, May 18.

Tickets are now on sale for the May 17 home game. The first 1,500 people each game will receive a Clark Cup Final Rally Towel.

Tickets start at just $10, and sit right on the glass in stadium seating for just $20. Plus, parking is always free.

Single game tickets may be purchased in person at the Steel Box Office, by phone at 855-51-STEEL or online at ChicagoSteelHockeyTeam.com.

Innovation DuPage to open new center at COD on May 22

The community is invited to the grand opening of Innovation DuPage’s new headquarters from 11 a.m. to 2 p.m. on Wednesday, May 22, at the Glen Ellyn Civic Center, 535 Duane St. in Glen Ellyn.

The newly renovated 8,500-square-foot center will feature space for start-ups and early-stage businesses to share ideas, grow, learn, and develop public and private partnerships. College of DuPage initially developed Innovation DuPage with Choose DuPage and the Village of Glen Ellyn, and the new headquarters provides a central location near public transportation that will attract entrepreneurs from the region.

Innovation DuPage Board Chair Joseph Cassidy said the new space finally provides a home to a venture that will impact regional economic development.

“IDHQ establishes the epicenter of the regional entrepreneurial ecosystem in downtown Glen Ellyn, bringing together new and experienced entrepreneurs, academic and research partners, student interns and employers, as well as private and public sector entities, that support collaboration over strict competition,” he said.

The show opens at 10 a.m. on Saturday, May 25, along Riverside Avenue with more than 90 artists, whose work was juried for acceptance into the show. This year’s show is sponsored by STC Capital Bank and runs from 10 a.m. to 6 p.m. Saturday and from 10 a.m. to 5 p.m. Sunday, May 26, rain or shine.

The award-winning show features painting, sculpture, photography, glass, wood, jewelry and other media, all of which draws thousands of visitors to downtown St. Charles to both view and purchase the work of artists from across the U.S.