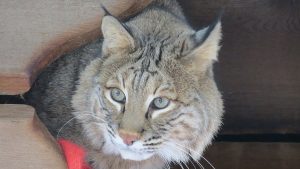 Volunteers and donors can assist the work of Willowbrook Wildlife Center in DuPage County by adopting one of its permanently injured resident animals for one year.

The Friends of the Forest Preserve District of DuPage County is sponsoring the Adopt an Animal program on behalf of Willowbrook in Glen Ellyn, which provides medical treatment and rehabilitation to more than 9,000 native and migrant animals each year.

“Adopting an animal will help Willowbrook continue to provide these animals with a good quality of life,” said Tony Martinez, director of community relations at the Forest Preserve District of DuPage County. “Help us keep providing an enriching environment for Willowbrook’s permanent residents.”

These tax-deductible contributions will help provide food, medical care and enrichment for the center’s patients and full-time residents. In return you’ll receive a range of benefits from a cute plush toy to the rare opportunity to work with one of the animals with a wildlife trainer.

The following resident animals are up for adoption:

For more information or to adopt one of these animals, visit dupageforest.org/adopt-an-animal. A gift to the Friends of the Forest Preserve District of DuPage County is tax-deductible under section 501(c)(3) of the Internal Revenue Code. Questions? Call 630-871-6400 or email fundraising@dupageforest.org.