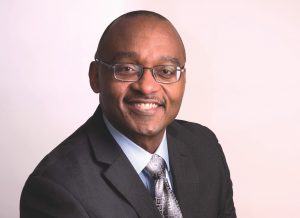 Our nation has a short memory when it comes to race relations, according to an expert in social justice who will deliver the Martin Luther King Jr. Intercultural Lecture at Elmhurst College.

“We have not had a sophisticated understanding of our country’s history,” said Brad Braxton, a scholar, minister and leader at the Smithsonian National Museum of African American History and Culture. “We have failed to remember the long, arduous trek to freedom.”

Braxton said issues of racial intolerance and violence in the last few years should not come as a shock despite being on the heels of America’s first black president.

“There have been and will be movements when we are not our best selves,” he said. “(The recent issues) are a reminder of our proclivity for premature self-congratulations as a nation.”

Braxton said if not weeks, then months, after electing our first black president, America self-proclaimed that its racial issues were a thing of the past, failing to look back in history. He said after the Civil War there were bold progressive steps taken to end racial division only to have some of the nation’s worst violence unleashed a few years later.

“We have moments of amnesia,” Braxton said. “We need to have an appropriate understanding that we do not cease striving when we hit a peak or when we hit a low valley.”

Braxton will explore the moral dimensions of effective leadership in the public sphere when he presents “Blueprint for the Beloved Community” on Feb. 20 at Elmhurst College.

“The basic aim is to set forth the leadership qualities and habits of the heart and mind necessary for us to create a world that values diversity instead of vilifying it,” he said.

He said racial healing is needed, as there is brokenness in so many communities and individuals.

His talk will seek to honor freedom fighters such as Martin Luther King, Harriet Tubman and Fredrick Douglas as well as “summon the energy of the freedom fighters that we come to reconciliation and healing.”

He said his talk at the college is a “wonderful opportunity” to reach the next generation of individuals who will carry the torch for social justice.

“A place like Elmhurst College has so many young freedom fighters from all different walks of life,” Braxton said. “The goal of my coming is to engage those seeking wisdom and deepen their perspective.”

He said that civil rights leader Howard Thurman, who King mentioned in his speeches, would say that young leaders should not just curse the darkness, but light candles.

“By the end of my time on the Elmhurst College campus, I hope a few more candles get lit,” Braxton said. “I will have been thrilled and the ancestors will have been pleased.” 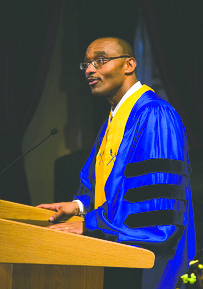 He holds a doctorate degree in New Testament studies from Emory University and is the author of three books and numerous essays on religion and social justice. His book “No Longer Slaves: Galatians and African American Experience” and “Preaching Paul” are used in divinity school courses.

Braxton spent 2012-14 as a Distinguished Visiting Scholar at McCormick Theological Seminary in Chicago.

He said the race issues the city has had, including police relations with the black community, and a new mayor coming in, might be a chance for Chicago to hit the reset button.

“I think there is an opportunity for Chicago to rethink what it might mean to be a crossroads city, a Midwestern sign post, a port of culture and commerce,” Braxton said.

He said Chicago can look to its future rather than its troubled past.

“Rather than look at the city’s deep divide the city can examine what heartfelt common ground looks like,” Braxton said.

The scholar said Chicago has planted metal flags in the ground that say, “This neighborhood has people of this nationality.” Class, race and gender identify neighborhoods, Braxton said.

“But is there some magnet above us that holds us to a larger common identity?” Braxton asked. “What Chicago represents is hope, hope that when you look at this moment amid serious challenges it can be looked at as an opportunity. So much creativity has come out of Chicago across the past century. I have a deep affinity for the city.”

He likened the city’s current racial issues to the Chicago blues.

“The blues are not just about the pain, they are about possibility,” Braxton said.

Although the blues were not created in Chicago, Braxton said, they found a home here because of the notion that addressing deep pain is done in hope of embracing again.

He remembers Chicago fondly because of his fellowship work; mentoring from B. Herbert Martin, pastor of Progressive Community Church; and the restaurants.

“It is the best food town in America,” Braxton chuckled. “I ate at every possible good restaurant.”

Baxter noted that his time at McCormick Seminary led to creation of the vision statement for the church he leads in Baltimore.