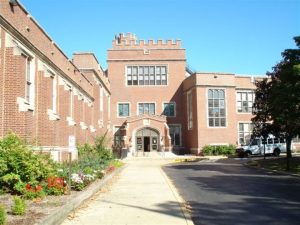 Timothy O’Dea, 20, a resident of the 800 block of Glen Oak Avenue, has been charged with disorderly conduct tied to the incident this spring at the Glen Ellyn school.

He was taken into custody June 7 at the Glen Ellyn Police Department and released after posting 10 percent of a $30,000 bond.

On March 19, employees at Glenbard West located several threatening messages placed throughout the school campus. It is alleged in the criminal complaint that at 9 p.m. March 18, O’Dea “knowingly transmitted a threat of violence, death or bodily harm at Glenbard West High School … directed at persons at a school, school function or school event, whether or not school is in session.”

Authorities at the school contacted the Glen Ellyn Police Department, which investigated the threat.

Police noted that an investigation into the matter continues and anyone with information about the cases is asked to contact the Glen Ellyn Police Department at 630-469-1187.

“My office takes any threat made against a school extremely seriously and anyone found guilty of making any threat directed at a school will be held accountable,” DuPage County State’s Attorney Robert Berlin said. “I would like to thank the authorities at Glenbard West High School for bringing this matter to the attention of law enforcement. I would like to thank the Glen Ellyn Police Department for their work in identifying Mr. O’Dea as a suspect in this case.”

O’Dea’s next court appearance is scheduled for July 5 in front of Judge John Kinsella.