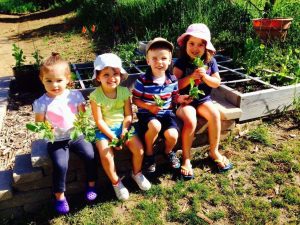 Earth Day, which was celebrated April 22, brought out passions of the people in the area in light of recent policy changes by President Donald Trump.

Some of the anticipated participants began their involvement 47 years ago with the first Earth Day. Others became energized because of the recent administration’s desire to eliminate regulations and downsize federal government, including the EPA. Still others feel there is an almost ominous movement to disregard science, altogether.

Lisa Messinger, a mother and a Pediatrician, marched in the Chicago Science March.

“I make decisions and recommendations supported by science daily,” she said, as an explanation for her involvement. 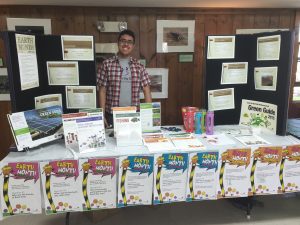 Kimberly Hankins became involved in Earth Day long ago. Hankins is the director of sustainability at McHenry County College. As in past years, Hankins worked at an Earth Day celebration on Saturday, co-hosted by the Environmental Defenders of McHenry County and the McHenry County Conservation District at the Prairie View Education Center in Crystal Lake. MCC had a table with information about the college, and their sustainability related activities. They also handed out copies of the 2017 Green Guide, their annual recycling directory that is always released on Earth Day.

Says Hankins about Earth Day, “One special Earth Day, I particularly remember. I was a young government employee working for the Environmental Protection Agency and hoping to change the world. The celebration was out on the National Mall and there were people as far as I could see — music, food, and a lots of fun. My celebrations are a little more local now but still just as fun!”

According to their website, The Environmental Defenders of McHenry County is a 45-year-old not-for-profit citizen organization dedicated to the preservation and improvement of the

environment. Recycling activities began almost from the organization’s inception, because it was one of the best ways to handle the growing solid waste problem. It also served as a source of funds for the group’s educational activities.

“I see direct benefits of supporting the sciences for the children in my care,” she daid.

She cites clean water, healthy food, and green spaces to explore as benefits of conservation efforts and the sciences that back them.

“We sow a flower and vegetable garden every year to learn about plant life cycles, and explore animal habitats and behaviors through outreach programs,” she said. “These learnings are a big part of helping my students make sense of the world around them.”

Patric attended the March for Science in Chicago because, “I believe that environmental science benefits humanity at large and is integral to continuing as a species.”

The March for Science began as an outgrowth of the Women’s March in January 2017. The organization created a Facebook group, which grew from 200 members to 300,000 in less than a week. The goals of the Chicago March stated on its website were to show support for the scientific community, to safeguard the scientific process, and research funding, to publicly celebrate science, to encourage curiosity and exploration. The Chicago March was one of 400 such events, co-sponsored by the Earth Day Network, that took place around the world on April 22.

Although nonpartisan, the March aimed at holding leaders in politics and science accountable. According to their website,

As with Earth Day the March for Science movement has a vision that extends long past gathering a crowd on April 22. They encouraged marchers to “strengthen the bonds between scientists and the public, engage in ongoing science education, fight discrimination, and insist legislators propose and enact evidence based policies.

Locally, Food Shed, a sustainability food co-op celebrated its third birthday on April 22. Missy Funk, proud to be member 510, participated three ways on Earth Day. She went to the Science March Chicago, she celebrated with Food Shed by volunteering to help with community clean-up activities, and she donated an hour of highway cleanup time with Earth Day Adopt a Highway to help keep McHenry County beautiful.