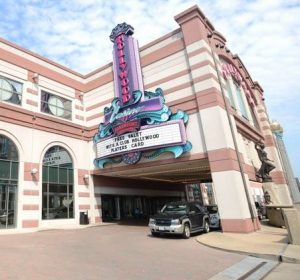 Aurora’s Hollywood Casino was closed for several hours on Feb. 12 and the Kane County bomb squad conducted an investigation after an unidentified adult male made was perceived to be a threat.

The Kane County State’s Attorney’s Office has charged 27-year-old Polet Bucio-Perez of Aurora and 43-year-old Jerardo Espinoza-Zepeda each with the offense of unlawful delivery of a controlled substance, a Class X felony.

The heroin has a street value of approximately $1 million.

If convicted, Bucio-Perez and Espinoza-Zepeda each face a sentence of between 15 and 60 years imprisonment.

Kane County prosecutors allege that on Feb. 8, the pair sold and delivered more than 2 kilograms of black tar heroin that contained fentanyl to an undercover officer who was working as part of a joint investigation being conducted by Kane County Sheriff’s detectives, the Drug Enforcement Administration, the Elgin Police Department and the Chicago Police Department.

A 29-year-old Chicago man is in custody after he allegedly made a threat that temporarily closed Hollywood Casino in downtown Aurora on Feb. 12.

According to Aurora Police,  Mustadin Muadinov,  8500 block of Rascher Ave., Chicago, entered the casino sometime around 1:30 p.m. on Feb. 12 and allegedly made statements perceived to be threatening in nature.

As a precaution, the casino, the valet parking deck across the street and adjoining businesses to the casino were evacuated. The Kane County Sheriff’s Office bomb squad searched the vehicle the man had used to get to the casino, police said.

Aurora police are looking for witnesses and information into the shooting death of a 17-year-old Aurora teen that occurred  on Feb. 11, on the Near South East Side.

Around 8:50 p.m., police responded to a call of multiple shots fired in the 300 block of Spencer St. and upon arrival, located the victim, Nicholas T. Rodriquez of the 700 block of George Ave., laying on a sidewalk and suffering from multiple gunshot wounds.

It appeared that Rodriguez was approached by an unknown subject on foot who opened fire on him. Rodriguez was taken to an Aurora hospital by Aurora Fire Department Paramedics where he was pronounced dead just before 9:30 p.m.

There is no suspect information. The motive for the shooting is not known but it does not appear to be a random act.

The Geneva Community Chest will hold its 14th Annual Wine Gala on March 14, at Riverside Receptions in Geneva and it’s a good idea to reserve a spot early, because this event typically sells out fast.

The evening will kick off at 5:30 p.m. with appetizers, cash bar, and raffle selections. A four-course dinner will be served, and each course will be paired with specialty wines from Little Traveler in Geneva.

Throughout dinner raffle winners will be announced and fabulous live auction prizes will be offered.

The event has sold out for the past three years. Tickets are $75 per person. The full dinner menu is listed on the web site.

Geneva Community Chest is a 501(c)(3) charity organization with an all-volunteer board of directors of local community and business leaders. These directors volunteer their time and expertise to raise funds for 29 charitable organizations that help those in need in the community.