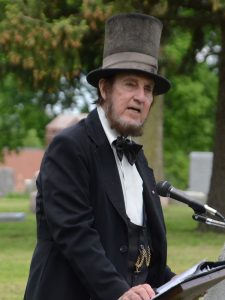 Lake in the Hills man killed

as cycle skids into median

St. Charles police have identified the 28-year-old man who was killed on May 20, when he lost control of his motorcycle and skidded into a raised median on Randall Road in St. Charles.

According to a St. Charles Police Department news release, Ryan D. Hagen of Lake in The Hills died after crashing his 2006 Honda motorcycle shortly before 8:19 p.m. in the 800 block of South Randall Road.

Police said Hagen was ejected from the motorcycle, which continued south into the intersection with Bricher Road.

Hagen was the sole rider of the motorcycle and was pronounced deceased on the scene.

There were no other injured parties involved.

The crash is still under investigation.

The Fabyan Windmill is  now officially open for the season.

The windmill is located on the east side of Fabyan Forest Preserve, and is one of the most iconic structures in Kane County.

The 68-foot, five-story structure was originally built by Louis Blackhaus, a German craftsman, between 1850 and 1860. It was brought to this country in 1905 by George and Nelle Fabyan for their “Riverbank” estate, which comprised everything from a zoo, greenhouses, stone sculptures, 18,000 chickens, a Japanese garden, a Roman-style swimming pool, a lighthouse, a boathouse, formal gardens, and an old farmhouse that was redesigned by Frank Lloyd Wright in 1907.

After years of planning and effort to restore the historic Fabyan Windmill to its original grandeur, including a trip to the Netherlands for authentic timber, the windmill made its public debut in June 2005 with a Grand Reopening Celebration.

The windmill contains German, Swedish and Dutch millwright work and is one of the few in the world that’s been restored to run off natural wind energy.

The Forest Preserve District of Kane County is always recruiting individuals to volunteer at the Fabyan Windmill. Current open positions include millers and docents. Both of these positions are crucial to the operation and public enjoyment of the mill. All volunteers receive comprehensive training and enjoy a flexible volunteer schedule.

For more information about volunteer opportunities at the Fabyan Windmill, call 630-232-5980.

Illinois State Police and more than 200 law enforcement agencies across the state — including many in Kane County — participated in the national “Border to Border” campaign by increasing seat belt patrols and enforcement zones today through Memorial Day.

“Illinois has seen a decrease in fatal motor vehicle crashes this year, but we need to continue diligently enforcing traffic laws proven to save lives,” said Acting Illinois Transportation Secretary Omer Osman. “We all have a responsibility to ensure the safety of the people in our vehicles. As always, seat belts are your best line of defense in a crash.”

Organized by the National Highway Traffic Safety Administration as part of the “Click It or Ticket” campaign, Border to Border harnesses the power of 10,000 agencies across the nation — between states, cities and other local jurisdictions — to increase seat belt use and save lives.

“The Click It or Ticket and Border to Border operation lands just prior to the Memorial Day weekend, one of the busiest travel periods of the year,” said ISP Acting Director Brendan Kelly. “Seat belt compliance is one of the easiest and most effective life-saving measures motorists can take to prevent a fatality. We want to remind motorists to buckle up, reduce their speed, drop their phones and focus on the drive.”

A Maple Park man faces multiple charges after he crashed his Ford Mustang, nearly hit a sheriff’s deputy and led law enforcers on a dangerous, high-speed chase on May 16 in rural Kane County.

According to the Kane County Sheriff’s Office, 63-year-old Jack Dolder of the 49W900 block of Beith Road, Maple Park, crashed his Mustang into a street sign on McGough Road near Middleton Road in Burlington Township, then left the area without stopping.

A witness reported that the vehicle had parked in a parking lot on Illinois Route 64 near Peplow Road in Virgil.

A Kane County Sheriff’s Office deputy arrived and began to speak with Dolder, who was still seated in the Mustang. Sheriff’s officials said Dolder suddenly backed up the Mustang and nearly hit the deputy, then drove off.

“The deputy attempted to stop the vehicle, but the driver refused to pull over,” Kane County Undersheriff Pat Gengler said in the news release.

The Mustang continued to speed in an attempt to elude the deputy, so the deputy terminated his active pursuit.

A short time later, the deputy located the vehicle and again tried to stop it. Dolder’s Mustang entered a construction zone on Middleton Road near Peplow Road, where it eventually stopped.

When deputies attempted to physically remove Dolder from the vehicle, he continued to resist and had to be tased before deputies were able to take him into custody.

Grant applications are available to local non-profit organizations that are interested in applying for a 2020 Quality of Life Grant from the City of Aurora.

Quality of Life Grants are annual competitive grants provided to 501(c)(3) non-profit organizations that serve the residents of Aurora. The areas of service included in the Quality of Life Grant program are child care/youth, education, job training, homelessness, elderly/disabled, veterans, and advancing the goals relating to art in the Downtown Master Plan.

Applications are available online at https://www.aurora-il.org/1808/Quality-of-Life-Grants.

“City government alone cannot make lasting change in the community,” said Mayor Richard C. Irvin. “Our non-profit organizations are on the front lines and know firsthand what our residents need. Quality of Life Grants can assist with their respective missions while making Aurora stronger as a whole.”

Arrest made in robbery

An Aurora man was arrested on May 21 after officers tracked him from the scene of an armed robbery.

According to the Aurora Police Department, Lamar Russell, 26, of the 2300 block of Sunshine Court, Aurora, was charged with the armed robbery of a Dollar General Store on Aurora’s East Side.

At 12:40 p.m. on May 21, Aurora police officers were called to the Dollar General Store, at 1033 E. Galena Boulevard, to respond to a call of an armed robbery which had just occurred there.

Upon arrival, officers learned that a male wearing a face mask and brandishing a handgun, forced his way into the store office demanding access to the store’s safe. The male then took an employee, who was alone in the office, to other parts of the store in an attempt to locate the safe.

The male fled the store without gaining access to the safe, but not before taking the employee’s cellular phone police said.

Police viewed surveillance video and obtained a description of the offender, and began tracking the victim’s stolen cellular phone, which led them to the offender’s location several miles away and near his home.

Russell was located on a walking path near Haffenrichter Road and Pinecreek Drive, where he was taken into custody without further incident. The victim’s cellular phone was found on Russell’s person at the time of his arrest, along with a replica handgun.

Russell was transported to the Kane County Jail. The store employee was not injured during this incident.