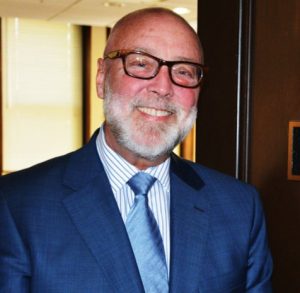 The city of Aurora has released information about funeral arrangements for Mayor Thomas Weisner who died Dec. 28

A public wake will be held for two days from 2 to 7 p.m. on Thursday, Jan. 10 and Friday, Jan. 11 at New England Congregational Church, 406 W. Galena Blvd.
Mayor Weisner’s public memorial service will be held at 11 a.m. on Monday, Jan. 14 at the Paramount Theatre, 23 E. Galena Blvd. A private burial will take place at Marywood Cemetery.

The flags at Aurora City Hall are flying at half staff in remembrance of former three-term mayor.

Weisner, who served as mayor of Illinois’ second-largest city from 2005-16, died after a lengthy battle with cancer. He had entered hospice earlier in the week and was surrounded by loved ones, including his wife of 46 years, Marilyn, upon his passing.

“He was a true public servant who will forever live in the hearts and minds of the people,” current Mayor Richard Irvin said in a statement on the city web site. “I know I can speak on behalf of all Aurorans, as well as those who worked with him throughout the region, when I say Mayor Weisner will truly be missed.

“He was a selfless servant of the people,” Irvin added.

Weisner, 69, served as the city’s 57th mayor before stepping aside near the end of his third term to concentrate on his health.

He served as a city executive before being elected mayor.

Weisner guided Aurora through both economic challenges during the 2007-10 recession years and rapid growth. The city’s population went from 165,765 when he took office to 201,2208 by 2016, becoming the state’s second largest city.

Among the numerous projects that happened during his tenure was the development of creation of Riveredge Park, a successful riverfront concert venue and public park that opened in 2013 and now bears his name.

Born and raised in Batavia, Weisner attended the Catholic boys’ high school Marmion Academy in Aurora and later made Aurora his permanent home.

Public officials across the region offered their remembrances of the mayor.

Montgomery Mayor Matt Brolley said, “I am saddened by the passing of my friend and colleague. His legacy will live on as a leader who had a clear vision of the future and successfully chartered a course to achieve it.”

“Mayor Weisner led Aurora through a period of great change and growth, leaving it a more vibrant place to live, work, and play,” said U.S. Rep. Bill Foster (D-11th), who represents most of the Aurora area in Congress.

“Mayor Weisner was a stalwart supporter of Boys II Men since its establishment in 2002. During his tenure as mayor, he went above and beyond to support Boys II Men — both the organization and its individual members. He proclaimed B2M’s founding date of November 27 as Boys II Men Day in the City of Aurora – not once, but twice,” the statement said.

In addition to his wife, Weisner is survived by his son Anthony (Allison) and granddaughters Olivia and Zoe. He was preceded in death by his son Thaddeus, who died in 2006 of complications of cerebral palsy.

“While we are deeply saddened by the passing of Tom, we are grateful that he was able to spend his last days with those that loved him most,” the family said in a statement released to the media. “He adored his family, his friends and this community, more than words can express. We appreciate the outpouring of support from each and every person and take comfort in knowing that his commitment to serving people will never be forgotten.”

In lieu of flowers, the family asked that donations be made in memory of Mr. Weisner to The Weisner Family Foundation, 1822 Prairie St., Aurora, IL 60506, and the Aurora Area Interfaith Food Pantry P.O. Box 2602, Aurora, IL 60507.

Information on any memorial service or other arrangements were not immediately available.