Streelights to be installed downtown

The Yorkville Public Works Department announced that streetlights will be installed on Route 47, between Route 126 and Somonauk Street, in downtown Yorkville. Infrastructure for the streetlights already is in place, including wire and conduit, and pedestrian signals also will be installed. The project, being conducted in conjunction with the widening of Route 47, is being implemented by Engineering Enterprises, Inc., and is expected to be completed by late winter or early spring.

Proposal for residential complex being studied

The city reported that GC Housing Development LLC is proposing the construction of a four-story building for people ages 55 and older at the northeast corner of Walnut and Freemont streets. The building will contain 74 affordable units — eligible for occupancy by residents who meet both the age requirement and are in the 30 to 60 percent adjusted income level — plus a manager’s unit. Due to the current zoning of the property, GC Housing has filed an application requesting rezoning approval from single-family residence to general multi-family residence, as well as a request to vary the maximum dwelling units per acre from the current level of eight to 24. The city’s Zoning Board of Appeals will conduct a public hearing on the maximum dwelling units variance at 7 p.m. Jan. 6 at City Hall, 800 Game Farm Road. In addition, a public hearing regarding the rezoning request will be held during the Plan Commission meeting at 7 p.m. Jan. 13 at City Hall. For further details on the proposed project, contact City Planner Chris Heinen at cheinen@yorkville.il.us or at (630) 553-8574, or visit www.yorkville.il.us. 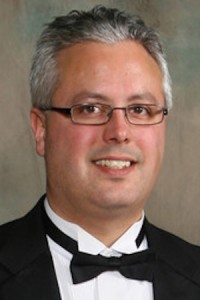 Yorkville High School Music Director Victor Anderson was named Most Influential Music Director in Illinois by School Band and Orchestra magazine. The magazine’s 18th annual report named 50 top music directors, with each choice representing one state in the country. Anderson, an instructor at Yorkville High School for 18 years, also was nominated for a 2016 Grammy Award in the Music Educators category.

In conjunction with the start of 2016, the Sandwich Public Library District announced a new operating schedule, as follows: 9 a.m. to 8 p.m., Mondays and Wednesdays; 9 a.m. to 9 p.m., Thursdays and Saturdays; 9 a.m. to 5 p.m., Fridays and Saturdays; and closed on Sundays. In addition, the Board of Trustees has decided to eliminate fines for materials checked out at the library, located at 925 S. Main St., but will continue to charge a fee for lost and/or damaged materials. For more information, call (815) 786-8308 or visit www.sandwichpld.org.

The Sandwich Park District announced plans for its 2016 Snow Creation Contest. Families choosing to participate can build a snowman, a fort,  a castle or any kind of snow sculpture, and then take a photograph (including family members, and labeled with the family name), and send it to the park district (by March 13) to kissel.candace@comcast.net. For more information, call (815) 786-8044.

A report stated that village officials recently met with the president of Jewel-Osco regarding the location that formerly housed Dominick’s, which closed in 2013. Oswego Economic Development Director Vijay Gadde said the discussion revealed that an unnamed “qualified prospect” has shown interest in taking over several former Dominick’s locations in the Chicagoland area, based on the findings of a nine-community coalition — including Oswego — that was formed in early 2015. Jewel-Osco purchased the former Dominick’s location in Oswego from Safeway last March. In addition, an area meat market is looking to open a store in a space at the Oswego Plaza, located at Route 71 and Plainfield Road. Gadde said funding assistance for the market will be discussed during the next Economic Development Commission meeting.

Former Oswego High School varsity wrestling coach John Sammons will be inducted into the Illinois Wrestling Coaches and Officials Association Hall of Fame, in April. During his tenure, Sammons’ teams posted an overall record of 229-85-2, and earned seven Little Seven Conference championships. In addition, a total of 27 wrestlers were named all-state under his guidance. Sammons previously was inducted into the Oswego Hall of Fame, and was named to the Rochelle Township High School Hall of Fame as a student-athlete.

The Oswego Public Library District will present Beyond the Obits: Finding the Life of Our Ancestors in Newspapers from 1-2:30 p.m. Jan. 16 in the Meeting Room at the Oswego Campus, 32 W. Jefferson St. The program (for adults) will feature Jane Haldeman, past president of the Illinois State Genealogical Society, and participants will discover what to look for online and in digitized newspaper collections — beyond birth announcements and obituaries — in order to gain valuable information about their ancestors’ daily lives.

The city reported that Restaurant.com, the nation’s largest dining deals website, selected Double Yolk Pancake House & Restaurant, 1555 Butterfield Road, as No. 10 on its Top 25 Restaurants of 2015 list. The list was primarily selected on criteria based on customer feedback and ratings. Double Yolk was one of two restaurants in Illinois to make the national list; Sweet Baby Ray’s, in Elk Grove Village, was named No. 7.

The David L. Pierce Art and History Center, 20 E. Downer Street, is presenting its Winter Garden of Youth Exhibit, on display through Jan. 23. The exhibit features more than 170 works of art made by students, in kindergarten through high school, at 34 schools in Aurora. The exhibit, located in the center’s third floor gallery, is open from noon to 4 p.m. Wednesdays through Saturdays. Admission is free. For more information, call the Aurora Historical Society at (630) 906-0650.

A partnership between Plano School District 88 and Waubonsee Community College — based in Aurora, with campuses in Plano and Sugar Grove — has resulted in a preliminary agreement to begin a pilot program that will provide high school graduates with the opportunity to enter Waubonsee with college credits earned in high school. The program will start by allowing Plano High School students in Algebra II classes to take final exams, comparable to Waubonsee’s courses in the subject, at the end of the 2015-16 school year. Students passing the final exams will be eligible to enter Waubonsee without the previous requirement of taking remedial match courses.

Rotary Club to give presentation at Village Hall

Montgomery Rotary Club President Mera Johnson will give a presentation at 10 a.m. Jan. 12 in the Board Room at Village Hall, 200 N. River Street. Johnson will talk about the history and purpose of Rotary, discuss the local club’s recent projects, and provide information regarding how people can get involved. The event is free. For more information, call Village Hall at (630) 896-8080, Ext. 1559.