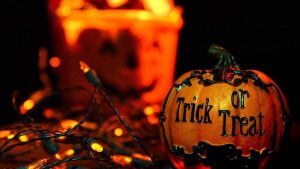 The village of Montgomery’s Beautification Committee will be sponsoring a Halloween Display Contest. Nominations will be taken through Oct. 15.

Aurora Police charged a third man this week in connection with a Sept. 10 drive by shooting in the 100 block of N. Loucks Streets that left two 18-year-old Aurora men injured.

Javier Melendez, 19, of the 700 block of Hankes Avenue, was charged with unlawful use of a weapon for allegedly stashing the sawed-off shotgun used in the shooting which occurred around 9 p.m.

Two 17-year-olds were charged with numerous felonies including attempted murder. One of the 17-year-olds, the alleged shooter, was charged as an adult for his part in the crime.

The two juveniles are accused of driving by a group of men who were standing in front of a Loucks Street home.

One of the 17-year-olds proceeded to fire a shot gun striking one of the 18-year-olds in the face. After driving a short distance down the street, the pair turned around, approached the men again and fired a second time, hitting the other 18-year-old in the back.

None of the injuries were life threatening. One of the men was taken to an Aurora Hospital by Aurora Fire Department Paramedics while the other refused medical attention.

Shortly after the shooting, the pair stopped by Melendez’s house and Melendez proceeded to take the gun and stash it in a closet.

A responding officer then located the suspect vehicle in the area of Rural and Adams streets and with assistance from his colleagues, curbed the vehicle at High and Liberty Streets where the two 17-year-olds were taken into custody without incident.

The motive for the shooting appears to be a personal dispute between one of the suspects and one of the victims.

No one else was injured, however, a vehicle parked in the driveway of the home where the victims were, was damaged by shotgun pellets.

Aurora police are investigating burglaries at two different T-Mobile cell phone stores that occurred just 24 hours apart on opposite ends of the City.

Around 1:40 a.m. Thursday, Oct. 4, at least three men forced their way into the T-Mobile store in the 300 block of W. Indian Trail and swiped over $6,200 in merchandise. There is no further description of the suspects.

Then around 1:35 a.m. Friday, Oct. 5, someone burglarized the T-Mobile in the 2900 block of Kirk Road, stealing almost $6,000 in merchandise. There is no information on the number of suspects or their physical descriptions.

The two cell phone store burglaries in Aurora are part of several similar incidents in surrounding towns, all of which are probably related.

Once certified deputies will be able to provide a free inspection or installation of your child safety seat. The grant also provides for the purchase of equipment and supplies to support the program.

The Kendall County Sheriff’s Office wanted to address this problem in a more proactive and educational manner and have certified deputies.

A “check-up” normally takes one half-hour and parents and caregivers are asked to bring their owners manuals for both their vehicle and child restraint seat to the “check-up”. Although not mandatory, parents and caregivers are also asked to bring the child using the seat to the “check-up” to ensure proper fit. Child restraints can also be installed for expectant families and newly purchased seats.

The Montgomery Beautification Committee will be sponsoring a Halloween Display Contest again this year. This is an opportunity for homes and businesses to be recognized for exceptional imagination and spooktacular atmosphere, creating fun for all ages.

Here is your chance to share your Halloween Decorations for Special Recognition.  Decorations should be “PG-13” – family friendly, nothing too inappropriate for children and neighbors to see.  It will be up to the judges’ discretion to determine whether a presentation is inappropriate.

Beautification Committee members will give special recognition awards to homes based on their entire presentation.  Residents can nominate their own property or someone else’s simply by submitting the property address.

Nominations will be accepted through Monday, Oct. 15 and judging will take place the evening of Wednesday, Oct. 17.

Properties nominated must be located within the Village limits and does not include unincorporated areas. A sign will be placed that evening in front of the properties selected.

A list of winning addresses will be published, with names omitted.

Nominations made be made via the village website or by calling the Village of Montgomery Public Works Department at (630) 896-9241.

Depression is such a tricky disease due to many challenges including, social stigma, the (mis)belief that one can just pull themselves out of it, or just not recognizing symptoms as depression.

Compounding all of that is depression at work, eroding an individual’s sense of value, which then makes it hard to seek help.

Research tells us that depression can have genetic roots, can be triggered by environmental and social concerns, and by physical illness, particularly chronic diseases like heart disease.

While there is a long list of possible symptoms, depression doesn’t look the same for everyone. Depression is not a normal part of aging and depression is treatable.   Oswego Senior Center, 156 E. Washington offers a free depression screen with referral services to help get you started. Call Sandy Pastore, MSW to schedule an appointment, 630-554-5602.

Early voting is conducted in the Community Room of Village Hall, located at 100 Parkers Mill, Oswego.