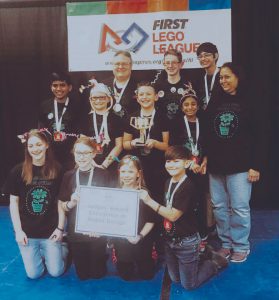 A 29-year old Aurora man is facing three felonies and a slew of misdemeanors and traffic citations after leading our officers on an alleged drunken, high speed chase in the early morning hours of Monday, Jan. 21.

He is also charged with single misdemeanor counts of speeding, reckless driving and driving on a suspended or revoked license. His citations include eight tickets for disobeying stop signs, two each for driving with no lights and improper lane usage; and single tickets for failure to yield to an emergency vehicle, illegal transportation of alcohol and operating an uninsured vehicle.

Lopez’s passenger, Adrian Canizal, 37, of the 200 block of North Ohio Street, Aurora, is charged with single counts of unlawful possession of a controlled substance, a felony, and misdemeanor illegal transportation of alcohol.

The felonies were all authorized by the Kane County State’s Attorney’s Office.

The incident began about 1:50 a.m. Jan. 21, when an Aurora Patrol Officer saw Lopez driving with no headlights on Kane at Union St. Lopez allegedly failed to pull over once the officer began following him with his lights activated and then led him on a pursuit that topped speeds of 75 m.p.h. through several Near East and Near South East Side streets.

The pursuit ended near Jackson and Simms streets, according to police.

The officer ended up spotting Lopez’s vehicle parked in a driveway in the 900 block of Watson Street after he ended the pursuit and saw Canizal walking by it.

When the office got out of his squad, Lopez then bolted from the vehicle. After initially refusing the officer’s commands, Canizal was eventually taken into custody while an assisting officer located Lopez in a backyard in the 900 block of Talma Street and arrested him without incident.

During a search of the two men, a little over six grams of cocaine was found on Lopez and just over a gram was allegedly found on Canizal.

Lopez remains locked up in the Kane County Jail in lieu of $68,000 bail. Canizal is no longer listed as being in custody. He was also wanted on an outstanding warrant for criminal damage to property.

On Jan. 29, at 7:19 p.m., the Aurora Fire Department responded to the 900 block of Liberty Street for a structure fire. The fire was called in by a neighbor when they noticed smoke coming from the vacant structure that was being rehabbed.

Upon arrival, firefighters found a two-story wood-frame single-family home with heavy fire and smoke showing. It took 36 firefighters to extinguish the fire.

Fire crews remained on scene for several hours searching for and putting out hotspots. Due to the extreme cold temperatures, a warming trailer from Aurora Emergency Management Agency was brought to the scene.

There were no injuries to civilians or firefighters and the cause of the fire is under investigation. The estimated total dollar loss is $120,000. 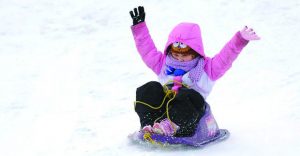 Bring your skates and experience the joy of winter with the Fox Valley Park District!

Eola Community Center – Two rinks are available where the outdoor volleyball courts occupy; one for hockey and one for general skating.

Prisco Community Center (McCullough Park) – Two rinks are available; one for hockey and one for general skating.

Ice rinks are for informal use and are meant for leisure and recreation. Rinks are open dependent on conditions and green or red flags are used to indicate open or closed. Skaters must bring their own skates and all rinks are unsupervised, so use caution when skating.

Sledding is one of the joys of childhood, but remind the young ones to sled down the middle of the hill and walk up the sides to avoid the dreaded “bowling alley” scenario and potential injury. Here are the go-to hills:

Lincoln Park – Located at Russell Avenue and Lakewood Place in Aurora, this is a gentle hill suitable for young children and beginners.

McCullough Park – Launch from the Prisco Community Center parking lot at 150 W. Illinois Ave. and enjoy Fox River views on the way down.

Waubonsie Lake Park – Located just west of the playground, this semi-steep hill is an annual favorite for thrill seekers.

Oakhurst Forest Preserve – The big hill on Fifth Avenue, just west of Kautz Road, offers the fastest and steepest sledding in the area and is maintained by the Forest Preserve District of Kane County.

The next recycling event for Montgomery residents will be held on Saturday, February 23, from 8 a.m. to 1 p.m. at the Public Works facility at 891 Knell Road in Montgomery.

During the event, Montgomery residents who participate in the village’s trash contract with DC Recycling Systems, formerly DC Trash, can drop off electronics (anything electrical that plugs in, including TV’s of all types, computer monitors, fans, etc.), rechargeable or lead acid batteries, and metal.

These recycling events are hosted by DC Recycling Systems, formerly DC Trash, for its residential customers in the village of Montgomery only, and do not include businesses, unincorporated areas or apartment buildings because those are not part of the DC Trash contract.

There is no fee to drop off any of these items; however, a photo ID will be required to show residency.

Note that this recycling event will not accept latex paint, appliances, regular light bulbs, regular alkaline household batteries, or tires.  More complete information may be found on the village’s website at www.ci.montgomery.il.us.  The next quarterly event will be held on April 20.

The team placed sixth at the robot competition table and took home the Judges Excellence Award in Robot Design.

This award is given to the team whose robot has the best blend of mechanical design, programming, and strategy applied to completing the competition missions. 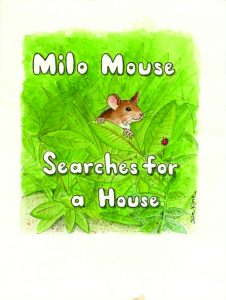 Join local artist/author Julie Kline on Saturday, Feb. 23 at the Yorkville Public Library for a book signing and reading of her first children’s book. (Photo courtesy of Julie Kline)

Join local artist/author Julie Kline on Saturday, Feb. 23 at 2 p.m.  at the Yorkville Public Library for a book signing and reading of her first children’s book, “Milo Mouse Searches for a House.”

Kline Is a resident of Montgomery and a member of the Kendall Arts Guild, the Aurora Art League and the Naperville Art League.

She’s also a graduate of the Art Institute of Boston and has won numerous awards for her art, including a recent merit award from the Naperville Art League’s January show: Million Dreams.

Kline’s passion is nature and her favorite subject is animals of all types. This book has been a lifelong passion, and she will be sharing her story.