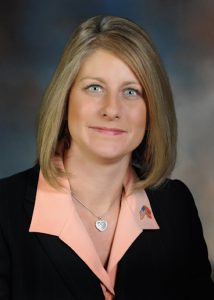 On Oct. 25, members from the Sheriff’s Office participated in a statewide disaster preparedness exercise. The Unified Command post was deployed to the Illinois National Guard training site located in Marseilles. This exercise simulated a natural disaster in which an earthquake struck southern Illinois and had damaged structures, roads, bridges and communication systems.

The command post was deployed as a Communications Unit and support to local emergency communications.
Several agencies throughout the state of Illinois participated in this state wide exercise, the Kendall County Sheriff’s Office partnered with, the Will County Emergency Management team, the Air-force Auxiliary unit, and the Illinois National Guard communications unit.
The purpose of this training was to exercise the communications policies, procedures, plans assets, and capabilities used by local, regional, state, and federal agencies in response to a multi-jurisdictional incident. The exercise was conducted by ILEAS (Illinois Law Enforcement Alarm System) and supported by the DHS Cyber Security and Infrastructure Security Agency.

Sheriff’s urges drivers to be alert of farm machinery
The Kendall County Sheriff’s Office would like to remind the community to be alert for slow moving farm equipment on county roadways.

Drivers should keep a safe distance to give better visibility to both the drivers and equipment operators. They should also allow adequate time and distance for the farm equipment to make wide turns safely.

There are also potential roadside obstacles to worry about such as mailboxes, bridges, or road signs. These could cause the machinery to have to move toward the center of the roadway, instead of just keeping off to the side.

Be sure there is adequate distance for you to safely pass and be on the lookout for oncoming traffic.
The Sheriff’s Office encourages farm equipment operators to check their equipment to ensure that slow moving vehicle emblems are properly positioned and that all equipment lighting is operational.

“We encourage farmers to have a second vehicle “tail” slow moving equipment whenever possible. Operators of farm equipment are entitled to use area roadways by law and other drivers must be prepared to accommodate that usage,” the Sheriff’s Office stated.

The Kendall County Major Crimes Task Force recently attended the 10th Annual Illinois Homicide Investigators Conference in Itasca, where they were honored with a distinguished team award, citing a homicide investigation from Plano in 2015.

During the investigation, the Kendall County Major Crimes Task force assisted the Plano Police Department on a homicide case.

Comprised of investigators and a forensic team, once activated, members will assist with the initial response, interviews and forensic processing of the crime scene before turning the case over to the lead jurisdiction for further follow up.

The Task Force’s Investigators attended sessions during the three-day conference on risk management in homicide investigations, studies on recognizing and limiting false confessions, as well as courses on mental health for law enforcement, DNA considerations, and a case study of the Mandalay Bay mass shooting event.

Plus, get a tour of the Oswego Public Works facility, and see up close what it takes to maintain the community. Coffee and light snacks will be served.

Coffee and Conversation with Village President Troy Parlier is free to attend, and no registration is necessary. For questions, contact Jenette Sturges, community engagement coordinator, at 630-551-2392, or jsturges@oswegoil.org. 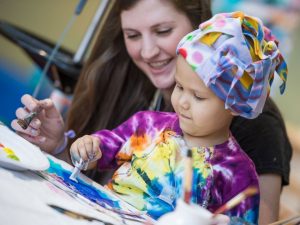 Oswego’s Bike Bald Group is holding a benefit on Friday, Nov. 15 in Yorkville. The non-profit organization will grant the last five wishes of the year to various children with cancer and rare illnesses. (Photo courtesy of Bike Bald)

The non-profit organization will grant the last five wishes of the year to various children with cancer and rare illnesses and is asking the community to help make this happen.
Enjoy an elegant dinner, cash bar, live auction, raffles, DJ, photo booth, dancing and more while raising money to help wishes come true.

The group is also gearing up for the Christmas season.
Bike Bald recently announced that Oswego Village Hall will be hosting a holiday giving tree for the organization this season. It will be the second year in a row. Tags will start being displayed on Nov. 29.

Every year Bike Bald receives special holiday toy lists requests from the children they help. When all is said and done, more than 100,000 toys get delivered. Toys can be purchased online from stores and shipped directly to the group.

If you would like to host a giving tree or help sponsor a child/children this holiday season, email: Bike.Bald@yahoo.com

In a bipartisan effort to strengthen ethics rules and regulations in our state government against corruption, state Rep. Stephanie Kifowit, D-Oswego, is a chief co-sponsor of legislation filed to create a State Ethics Task Force.

“Recent events highlighting ethics violations, and possible unlawful activities of elected officials, I am committed to ensuring we enact comprehensive legislation to address gaps in our ethics laws and what is needed to strengthen our laws and weed out corruption in Springfield,” said Kifowit. “This task force is a vital initiative to reform the way our state government conducts business and looks at ways we can change the system for the good of the people of Illinois.”

Kifowit has taken steps to sponsor House Joint Resolution 87, which would create a task force to address corruption within Illinois. The State Ethics Task Force will be tasked to identify key areas of concern among the state government; review currently laws and rules for legislators, lobbyists and state personnel; study best practices implemented by other state governments; and identify legislative changes necessary to increase transparency including tightening ethics and financial rules all to improve the public’s trust in state government.

“The people of Illinois deserve systemic reforms that will help regain the trust of the public and significantly add transparency in our state government,” said Kifowit. “This will not be an easy project, but these are the kind of changes we need to effectively improve how our state operates.”