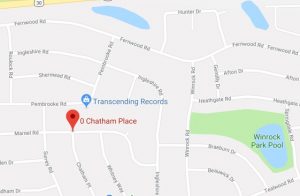 A shooting occurred on Jan. 17 at a home in the 0-100 block of Chatham Place in Boulder Hill, Oswego Township. (Google maps)

A 27-year-old man was shot and killed on Jan. 17 in what Kendall County Sheriff’s investigators are calling a “targeted incident.”

Deputies were called to the scene for reports of shots fired and located 27-year-old Ricardo Chairez, of Alsip, suffering from multiple gunshot wounds.

Lifesaving efforts began immediately and Chairez was taken by Oswego medics to the hospital where he was later pronounced dead.

Kendall County Sheriff’s Deputy Bryan Harl said Chairez was not the only person inside the home when the shooting occurred. He did not elaborate how many people witnessed the event.

According to deputies, the initial investigation leads them to believe this was a targeted incident.

As for a motive, none has been established.

“We’re not ruling anything out. There’s no definite motive as to whether this was domestic or gang-related,” Harl said. “We believe this wasn’t a random act or anything like that.”

Detectives are continuing to examine evidence and conduct witness interviews.

Callers can also provide information and remain anonymous by contacting Crime Stoppers at (630) 553-5999.

“The big thing is, if there was anybody in the area, something as simple as hearing shots is worth calling about,” Harl said. “If you saw anything or heard anything, we want to know.”