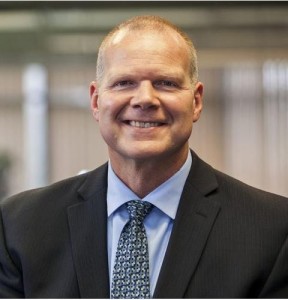 Legislation that would change the makeup of the Illinois State Board of Education is being reviewed by local lawmakers and educators.

Senate Bill 1506 calls for having three of the eight state board members be representatives of the education community. Currently, state law prohibits anyone employed by any school or having administrative ties to a school from serving on the ISBE.

“The State Board of Education plays an important role in how our state’s education system operates,” State Sen. Bertino-Tarrant (D-Shorewood), stated in her support of the bill. “The people who teach students and serve in management positions have the experience to help improve education in Illinois, and their voices need to be heard on the board.”

Republican State Sen. Sue Rezin of Peru offered her opinion of the measure.

“Requiring some members of the State Board of Education to have actually worked in education and in our schools is only a good thing,” Rezin said in a written statement. “Those in the education field can bring first-hand knowledge and experience to a very important role for our state. It’s smart to have people who understand our schools, understand how to teach and deal with students, know what it’s like for teachers in the classroom, or have experienced the challenges administrators face, leading the State Board of Education. Their background and knowledge would only bring about positive changes.”

The ISBE is currently made up of two people from downstate, two from Cook County and two members from the five collar counties and then three members selected at-large including the board chairman.

Under the proposed legislation, one of the two members from each region would be required to be from the education community.

Al Gegenheimer, superintendent of Minooka Consolidated School District 201, said the bill “sounds reasonable” and that “ it helps to have the educators’ perspective.”

Still, the board also should have members of the business community and “all walks of life” that are vested in education, he said.

Timothy Shimp, Superintendent of Yorkville School District 115, said, “Having a voice from educators within specific regions may bring greater clarity and understanding to the unique needs of districts across the state.  Although we all deal with common initiatives and mandates, we also develop comprehensive plans and strategies that are specific to the needs, desires, and vision of our local school communities. “

The proposed requirements could result in  “greater collaboration among local districts and legislators, and allow for increased advocacy with the Illinois State Board of Education,’ Shimp added.

Senate Bill 1506 is an initiative of Vision 20/20, an organization made up of school administrators, superintendents and school boards. District 115 passed a resolution in support of Vision 20/20, Shimp said.

Senate Bill 1506 now advances to the Illinois House for consideration.

In addition to addressing the ISBE directly, Bertino-Tarrant is pushing legislation that would require the Illinois Senate to approve the appointment for all future state superintendents. Currently, appointments to the state board require Senate confirmation.

However, the same does not apply to the state superintendent who at present requires only approval by the ISBE.

“My legislation is about transparency and accountability,” Bertino-Tarrant said. “A Senate confirmation process would give the Senate an opportunity to learn about the qualifications, experience and philosophy of the state official making the day-to-day decisions about our local schools.”

“The Illinois Constitution says, ‘The State Board of Education shall appoint a chief state educational officer.’ Because the Illinois Constitution can only be changed through a Joint Constitutional Amendment, how can this legislation pass judicial review?”  Rezin said in a written statement. “ This legislation would also set a bad precedent because what positions would be next? We have a system in place that works. The Illinois Senate doesn’t need to be involved in every single appointment in state government.”

For Gegenheimer, it is not the process of how the state’s education chief is chosen but who is chosen.

Tony Smith, Ph. Ed., who was hired in April by the ISBE to be the state’s new superintendent, was most recently the superintendent of Oakland. Calif. school district with an enrollment of 36,000 students. Public school enrollment in Illinois is between 2 and 3 million students.

Gegenheimer, who has 32 years in education, said he has nothing personal against Smith, 48 and a former professional football player, but says California and Illinois are very different in terms of school funding and other operations.

“Why do we need to go to California to get a new state superintendent?  I really do believe that Illinois experience matters in Illinois. You have to have a working understanding of the issues and funding system here in Illinois,” Gegenheimer said.

“This person is going to be on a learning curve on understanding the state aid formula,” Gegenheimer said.

Having an experienced superintendent from within the state matters because the state’s education leader needs to know the expectations placed upon superintendents for funding, he added.

“I have tremendous amount of respect for (outgoing State Supt. Chris Koch) but he never had to live within the funding system either” as a former director of special education for the state, Gegenheimer said.  Koch was a member of the ISBE since 1994 and was named superintendent in 2006.

“Creating a vision that ensures high expectations balanced with local level autonomy, can only be achieved through continuous and meaningful dialogue.  Tony Smith has indicated that we have opportunities to bring groups together, as there are many ‘active’ people in Illinois.   Fostering meaningful dialogue, working with current educators across the State, and developing sustainable actions for improvement will help build greater optimism for public education,” he said.