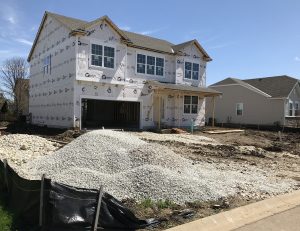 Sales of new (above) and existing housing in the far western suburbs have perked up as the U.S. Census Bureau reports that counties like Kane, Kendall, Will and McHenry have gained in population while Chicago and Cook county have lost. (Photo by Jack McCarthy / Chronicle Media)

According to the Census Bureau and news release, Kane, Kendall, Will and McHenry counties were up in year-over-year numbers between 2017 and 2018. Only 16 of Illinois’ 102 counties saw a population increases have over the period.

Despite the losses, the Chicago metropolitan area continues to be one of the most populous in the U.S. According to the Census Bureau.

Overall, Texas counties  saw of the country’s highest population growth. Generally, counties are growing in the South and West, and declining in the Midwest and Northeast.

“One interesting trend we are seeing this year is that metro areas not among the most populous are ranked in the top 10 for population growth,” said Sandra Johnson, a demographer in the Census Bureau’s Population Division. “Though no new metro areas moved into the top 10 largest areas, Phoenix, Seattle, Austin, and Orlando all experienced numeric increases in population since 2010, rivaling growth in areas with much larger populations. This trend is consistent with the overall growth we are seeing in the south and the west.”