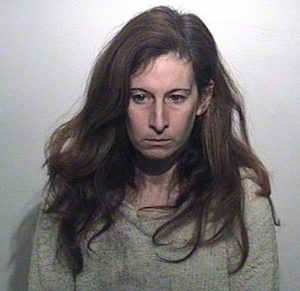 The Lake County State’s Attorney’s Office and the defense team for Marnie Yang, who is seeking a new trial on her 2011 double-murder conviction, traded discovery motions during a Jan. 22 hearing, while an investigator contracted by her attorneys is questioning the timeline and alibi of ex-Bear Shaun Gayle, regarding the crime.

Yang was found guilty of the 2007 murder of Gayle’s girlfriend, Rhoni Reuter, who was also pregnant with Gayle’s child, at the time.

Authorities stated that Yang had fired multiple shots at Reuter, 42, in her Deerfield condominium, killing her and her 6-month-old unborn child. Gayle was initially questioned about the incident and ruled him out as a suspect. Gayle also admitted to having a sexual relationship with Yang, while involved with Reuter.

Assistant State’s Attorney Jason Humke filed a motion at the hearing seeking DNA analysis, completed by Dr. Karl Reich, who was engaged by the defense. Defense attorney Jed Stone is seeking copies of a surveillance tape made in a barbershop, at the time Gayle was told of the double homicide. He is also seeking court permission to analyze a third unknown set of fingerprints that were lifted from the doorknob of Reuter’s apartment, indicating that law enforcement had eliminated them belonging to Reuter, Yang, or responding police officers.

Circuit Court Judge Christopher Stride accepted the motions, with the next hearing slated for Feb. 27.

Concerning the taped footage, “We are researching what he claimed to be his alibi and we’ll turn the results of that research over to the prosecutors. I want to see the whole range.”

Steve LaPino, an investigator with Chicago-based MSI Detective Services, also at the press conference, said. “We’re questioning his alibi, as the timeline just does not add up.”

Gayle and Reuter were revealed to have been dating for 16 years, and she was six months pregnant with Gayle’s child, when she was killed. Part of the prosecution evidence against Yang, during her initial trial, was tape-recorded conversations with a friend in a coffee shop, where she allegedly described the murders in detail. Prosecution attorneys furthered the theme that Yang was jealous of Reuter.

They also indicated that she found where Reuter lived, waited for her in a disguise with sunglasses, a hoodie sweatshirt, and dreadlocks. She fired when Reuter opened the door.

Yang lost an appeal in the Second District Appellate Court, and a subsequent filing for redress in the Illinois Supreme Court ended with the case being not heard. Stone’s initial appeal was confined to information and evidence disclosed during the initial trial. The post-conviction petition in an attempt to gain a new trial for Yang was based on new evidence which included DNA and ballistic tests run on shell casings found at the site.

Yang is currently serving her sentence at the Logan Correctional Center, near Lincoln.