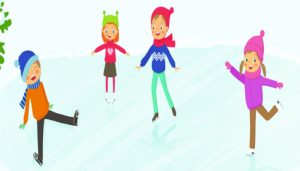 Village ranked as one of safest cities in U.S.

The village announced that Buffalo Grove has been named one of the safest cities in the United States, according to a new report issued by NeighborhoodScout. Based on the latest national data available for communities with 25,000 residents or more, the report ranked Buffalo Grove 10th among 100 cities across the country. Buffalo Grove is one of three Illinois municipalities to be ranked in the top 10. The report was compiled based on data available for the 2017 calendar year. The data includes metrics on the total number of property and violent crimes per 1,000 residents, which includes burglary, larceny theft, motor vehicle theft, murder, rape, armed robbery and aggravated assault. The number of total crimes reported per city and population are considered for the rankings as well. The NeighborhoodScout report indicates that Buffalo Grove’s total crime rate for 2017 was 5.7 percent, with 235 crimes having been reported. For more information, call 847-459-2500 or visit www.vbg.org.

The village reported that the Round Lake Village Board recently reviewed and accepted the Annual Financial Report for the fiscal year ending April 30, 2018. The AFR is the end result of the audit process and presents financial statements for all of the village’s accounting funds. In addition to financial data, auditors reviewed the village’s internal controls as well as policies and procedures. The village’s General Fund, which funds the bulk of services such as public safety and street and property maintenance activities, achieved an excess of revenues over expenditures in 2018 of nearly $785,000 before transferring $1.2 million to other funds supporting infrastructure projects and debt service obligations. At the end of 2018, the General Fund’s ending fund balance equaled $5.1 million, a decrease of $169,500 from the previous year. The village continued to invest in infrastructure, which included resurfacing of Nippersink Road, completion of the MacGillis Bridge over Squaw Creek, a complete renovation of the Cambridge lift station, and the purchase of Public Safety and Public Works vehicles. In addition, Round Lake continued its efforts to improve the village’s financial position in 2018 by retiring $875,000 (7.23 percent) of the debt outstanding at the beginning of the year. At the end of 2018, the village had total outstanding debt of just over $11.2 million. For more information, call 847-546-5400 or visit www.eroundlake.com.

The village announced that it recently received “Honorable Mention” recognition in the Lake County Municipal League’s Innovation Awards Program for Mundelein’s new 1-2-3 Building Permit Program. The LCML awards program recognizes municipalities that have developed strategic programs to solve municipal challenges and increase the effectiveness of local government. Mundelein’s 1-2-3 program, launched in February 2018, was awarded for its streamlined permitting process and simplified fee structure. The new program aligns permit fees with the size of the project, thereby making the permit process easier to understand for the customer and more cost-effective to administer by the village. For larger remodeling alterations, additions and new construction, a simple, standard per-square-foot or per-unit fee simplifies calculation and facilitates greater permit fee transparency. The new fee structure is all inclusive, meaning that permit calculations for electrical, plumbing, fire and and plan reviews are now all included in one per-square-foot fee for new construction, alterations and additions. In addition, the Building Department also established set permit fees for smaller projects — now called “minor” and “standard” permits — that are either $35 or $70, depending on the size of the project. For more information, call 847-949-3200 or visit www.mundelein.org.