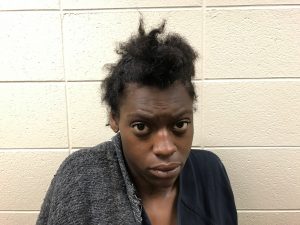 Lake County State’s Attorney Michael Nerheim’s office issued a statement late Aug. 15, upholding murder charges against each of the five teenage defendants being tried as adults in the death of 14-year-old Jaquan Swopes, during an alleged botched car theft in Old Mill Creek.

Partly based on a timeline narrative released by the Lake County Sheriff’s Office earlier that day, the charges stemmed from their responsibility in putting Swopes “in danger,” and the death coming during the “commission or attempted commission of a forcible felony.”

The timeline was vetted by a thorough investigation that found the “six teens traveled to Old Mill Creek in a stolen Lexus, to commit a burglary. During the course of the burglary, they confronted (a) 75-year-old homeowner, who went outside to investigate why there were people near his 2011 Audi, parked in the driveway. The homeowner told sheriff’s detectives, he yelled at the individuals to leave, but at least one of the male subjects advanced toward him with an unknown object in his hand.

“The homeowner feared for his life and discharged a firearm. At least one of the rounds struck a 14-year-old male (Swopes), who was on foot, outside of the Lexus. A knife was recovered at the scene in the vicinity of where the 14-year-old was shot.

“Sheriff’s detectives met with the Lake County State’s Attorney’s Office to review the facts of this case … First Degree Murder charges (were approved) for the individuals who were committing a burglary. The teens were charged due to them being in commission of a forcible felony, when the 14-year-old victim was shot and subsequently died as a result of being shot during the commission of a burglary.”

When contacted later, Sgt. Chris Covelli, the Lake County Sheriff’s Office Public Information Officer, said, “We believe this was a random encounter. We don’t believe they specifically targeted this individual.”

Swopes’ name surfaced in Lake County Coroner Dr. Howard Cooper’s autopsy report, which stated, in part: “On Aug. 13, at approximately 3:15 a.m., the Lake County Coroner’s Office was notified and responded to Route 132 and Hunt Club Road. and Advocate Condell Medical Center for a death investigation. On Aug. 14, at 9:08 a.m., an autopsy was performed on the decedent, 14-year-old Jaquan Swopes, of Chicago. The preliminary autopsy results indicate he died of injuries received from a gunshot to the head. Toxicology results are pending.”

The report said the coroner’s office and sheriff’s office were still investigating the incident.

In the days following the incident, a backlash has erupted from public officials and community members regarding the severity of murder charges levelled against the five defendants, with additional calls for legislative changes to the law. Nerheim’s response centered on his evaluation of the circumstances and their applicable adherence to state law.

“In the last 24 hours, I have received a few citizen inquiries regarding the decision to charge five offenders with first degree murder involving the shooting death of one of their criminal accomplices, following an incident in Old Mill Creek early Tuesday morning (Aug. 13). In the interest of full public transparency, I believe it is important to be direct and forthright in explaining my decision-making process and evaluation of this crime,” he said, in the statement.

“It is equally important to review the specific facts and determine where criminal responsibility lies in this case. The facts … These offenders collectively planned to arm themselves, then drive to Lake County in a stolen vehicle for the purpose to commit several forcible felonies, including vehicular burglary and residential burglary. Later, when these offenders selected the home of the elderly homeowner, they stopped their car and began to walk up the driveway.

“The offenders brought their 10-inch long hunting knife with them in order to protect themselves from anyone who might confront them at the house. When they were confronted — as they clearly anticipated they might — they collectively ignored the demand of the elderly resident to leave him alone. Instead, several of the offenders advanced toward the elderly man in a dark and secluded area. Shots were fired, an accomplice to the crime was shot, and he later died.

“Ultimately, it’s clear these offenders were solely responsible for placing the now-deceased 14-year-old offender in danger. They are ultimately responsible for his death. Had they not made the decisions they did make … this 14-year-old would still be alive today … I reviewed the statutes that applied to the facts of the case. Illinois law has long held felons accountable for any foreseeable deaths that occur during the commission or attempted commission of a “forcible felony.” This includes the death of innocent bystanders, in addition to the deaths of co-felons.

“My duty as Lake County State’s Attorney requires me to make difficult decisions every day. I do not take any of these decisions lightly. I made the tough decision to charge the offenders with felony murder for their role in this incident, despite knowing there could be a backlash in doing so. Charging these offenders with felony murder as adults is based entirely on the law.”

The state’s attorney’s office is maintaining it will make no further comments due to the pending litigation on the case. Initial hearings are set for Sept. 5 in Lake County Circuit Court.