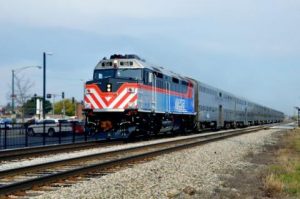 Metra commuters will be spared a fare hike in 2019, but without an influx of cash for the rail line those riders may face service cuts in 2020.

The rail agency opted to give passengers weary of rate hikes a reprieve for 2019. For the first time in five years, ticket prices will remain the same for Metra passengers when the new year begins.

Metra officials are expected to campaign hard for money in the coming year to address the rail system’s deteriorating conditions. Without more public aid, downsizing service is a definite possibility.

“We ask our passengers and our elected leaders to join with us to tell our story to members of the state Legislature,” Metra Chairman Norm Carlson said. “That story is very simple. Metra needs a sustained capital program to maintain its existing service levels in the 2020s. Otherwise, drastic changes in service levels may need to shrink to a size that existing resources can sustain.”

Metra officials are already laying the groundwork for the agency’s 2020 budget. They said that over the next several months they will be taking a hard look at what it will take for Metra to survive at its current service levels with the present funding sources.

The lack of a fare increase for 2019 appears to be sitting well with Metra passengers. Not a single person gave public testimony Thursday (Nov. 1) during the first hour of a planned three-hour Metra budget hearing at Arlington Heights Village Hall.

In late 2014, Metra unveiled a $2.4 billion plan to modernize rolling stock and install the federally mandated Positive Train Control safety system. The plan assumed the state and federal funding sources would cover about $700 million and Metra financing would cover an additional $400 million.

The rail agency hoped to secure $1.3 billion in new funding for the remainder — most likely from a new state infrastructure program. The plan included projections for fare increases that would be needed over the next 10 years for financing and regular growth in operating expenses, but most of the rail agency’s fare increases approved since then have gone toward capital needs and PTC.

Metra officials contend that they continue to be cost-conscious, noting that they recently purchased 29 Amtrak locomotives. The engines, built in 1998, are 10 percent more fuel-efficient and cleaner for the environment than Metra’s current stock. Eleven of the locomotives, coming from California, are expected to be in the Chicago area by the end of the year.

Metra leaders said they bought the engines for $1.3 million each, noting a new engine costs the rail agency between $8 million and $9 million.

Rail officials contend that the lack of a state capital-spending plan has strapped the agency, noting that it needs $33 billion in infrastructure maintenance work.

Despite the agency infrastructure maintenance needs, Metra Board members said that another fare hike for capital needs would overburden customers after four straight increases while providing only a fraction of the revenue needed to address capital funding shortfalls. The pause in increases comes with the direction for Metra staff to spend the next year educating riders, lawmakers and the public about the rail agency’s need for sustained capital funding and the consequences of falling short — including possibly shrinking the system to a size that matches available resources.

Metra leaders note that when a railroad is starved for capital funding, it will continue to run trains, but it will run them at slower speeds until they operate at an unbearable slow pace to maintain safety.