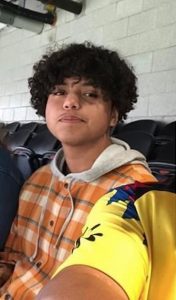 A body found in a swampy area in Lake County has been identified as a missing Island Lake teen.

The body was found Friday morning submerged in water in an area just southwest of Slocum Lake. The body was identified as that of missing teenager Abe Gonzalez.

The Lake County Coroner’s Office responded to the scene and scheduled an autopsy. No evidence to indicate foul play was located at the scene, however, investigators will learn more following the autopsy.

The Lake County Sheriff’s Office had assumed investigative duties for the 17-year-old missing Island Lake resident of the 3200 block of Poplar Drive.

Gonzalez was initially reported missing by a family member Nov. 2.

Island Lake police conducted the initial missing person investigation. In the evening of Nov. 5, the investigation was turned over to Lake County Sheriff’s detectives. In the early hours of Nov. 6, sheriff’s detectives worked with the Wauconda Fire Protection District to conduct a sonar search of Slocum Lake as the lake is in the vicinity of where Gonzalez was last seen. The search did not reveal anything of investigative interest.

The investigation showed Gonzalez attended a gathering at a residence on the 26700 block of North Morey Street in an unincorporated Lake County near Wauconda on Nov. 1. Gonzalez left the gathering on foot around midnight and was described as being highly intoxicated. Gonzalez had not been seen or heard from since leaving the gathering. Additionally, according to witnesses, his cellular phone ran out of battery power around the time he arrived at the gathering.

When Gonzalez left the residence he was wearing a gray sweatshirt, blue jeans, and white shoes. Gonzalez was described as being 5 feet 8 inches, 176 pounds, with brown hair and brown eyes.

In addition to a sonar check of Slocum Lake, several police canines conducted another search of the immediate area, as did sheriff’s deputies and auxiliary deputies. Sheriff’s detectives had been speaking with individuals who were in attendance at the gathering and also working on retrieving video surveillance from area residents and businesses.

Anyone who might have any information on Gonzalez’s actions that night is encouraged to contacted the Lake County Sheriff’s Office at 847-377-4250 or send a tip to www.lakecountyil.gov/sheriff.