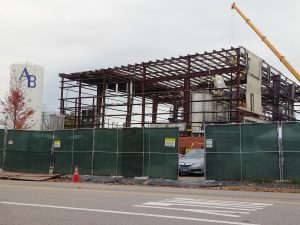 A freakish late-night explosion at the AB Specialty Silicone plant in Waukegan, which killed four people, has resulted in fines approaching $1.59 million levied by the Occupational Health and Safety Administration, following the Oct. 25 release of its investigative report.

The federal agency cited a dozen alleged “willful federal safety violations,” and the plant was placed on the Severe Violator Enforcement Program for the monitoring of operations.

Tremors shook the surrounding residential and commercial area of Northwestern and Sunset avenues at 9:45 p.m. May 3, putting in motion a social media alert by the Lake County Sheriff’s Department, with the Waukegan and Gurnee fire departments being the first units to arrive. An inter-departmental Mutual Aid Box Alarm System call was initiated to a Level 3, bringing fire and emergency response crews from Lake, Cook, and McHenry counties.

First responders from the Bristol, Wisconsin Fire Protection District also participated, as did numerous hazardous materials units from Cook County including Hoffman Estates and Elk Grove Village. By 2 a.m. the next day, a convoy of Division 3 MABAS units from Schaumberg, Rolling Meadows, and Glenview arrived for Haz-Mat detail, while Libertyville and Mundelein added pump engines. Crews worked through the day.

The structural frame of the plant at 2156 Northwestern Ave. has remained standing, with the perimeter cordoned off by fencing. OSHA investigators surveyed the grounds and interior, while heavy equipment continues to remove debris.

“As far as our investigation, it is relatively complete, although we are open to new material, as it becomes available, during the process,” said City of Waukegan Fire Marshall Steve Lenzi. “We are considering it to be an accidental cause … no criminal activity has been found connected with it (the explosion).”

Killed in the explosion were Jeff Cummings of Kenosha, Wisconsin; Daniel Nickolas of Beach Park; Allen Stevens of Paddock Lake, Wisconsin; and Byron Biehn, of Union Grove, Wisconsin. Biehn was a supervisor and also a co-owner of the company.

The Waukegan-based AB Specialty Silicone, Inc. produces and distributes custom-formed silicone products. Among the violations, the OSHA report identified electrical equipment in the production area did not comply with OSHA standards, and forklifts running on liquid propane were used in areas where workers were using “processed volatile flammable liquids and gases, creating the potential for ignition.”

In a statement, released by plant officials, Lenzi’s report and determination of accidental causes for the explosion were cited while they also acknowledged receipt of the violations notice and are cooperating with the federal agency.

“Our internal investigation, as well as the Fire Marshal’s report, confirmed the incident was in fact an accident, and there was no willful intent involved. The safety of our employees has been and will remain our top priority. We commit to continuously improving ourselves and aiming to ensure our facilities meet or exceed all regulatory requirements.”

According to the OSHA process, the company can comply with the fines and correct their procedures, request a conference with the OSHA district director, or appeal the violations and fines to the Occupational Safety and Health Review Commission, within 15 business days from the marked date of notification.