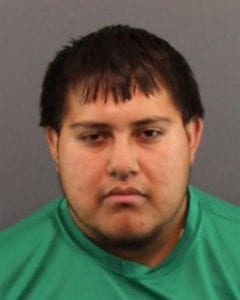 It seems Jose Guadalupe Ramirez had what he saw was one simple motive in brutally beating and stabbing his parents to death.

“When he was brought in he told detectives that he was tired of dealing with his parents,” Kenny said.

Both victims were 63, and were employed by Bradley University in Peoria.

On Monday, Oct. 29, Ramirez, 21, who faces two, first-degree murder charges, told Peoria County Sheriff’s detectives that, sometime on the previous Friday, he entered the room of his sleeping parents, sprayed them with pepper spray to distract them, then stabbed both of them each in the stomach, then the throat.

In a second interview with detectives, Ramirez said he also beat them with a baseball bat, according to the Sheriff’s Office. He first attacked his father,  Antonio Ramirez Barron, then his mother, Susan Berry Brill De Ramirez, who had risen from bed before he killed her.

According Peoria County Coroner Jamie Harwood, both victims suffered significant blunt force trauma to their heads and upper bodies. They also suffered significant sharp object wounds and stab wounds, as well. The autopsy also revealed the couple suffered defense wounds to their forearms.
It cannot be determined if they died from blunt force trauma or stab wounds, but it is likely both contributed to their deaths.
“Antonio and his wife did not lay there and let themselves be attacked,” said Harwood. “If I can be blunt about it, they fought back and they fought back really hard.”
Peoria County sheriff’s deputies discovered the bodies. Peoria County Sheriff Brian Asbell said that following several interviews with detectives, Matthew Roberts, a friend who was also arrested the same day as Ramirez, was an active participant in the murders, and has now been charged with first-degree murder. He has yet to appear in court as of Friday, Nov. 2.

“The Peoria County Sheriff’s Department was originally called by the defendant,” said Peoria County Assistant State’s Attorney Dave Kenny at an Oct. 30 bond hearing. “He reported he came to visit and noticed that the house had been ransacked.”

Blood evidence at the Ramirez’s Princeville residence 22918 N. Maher Road was discovered in the victim’s bedroom, the front entry and in the rear area of Antonio Ramirez Barron’s Honda CRV.  Kenny reported that tire tracks found in the front yard indicated that a vehicle was recently parked at the front door of the house. 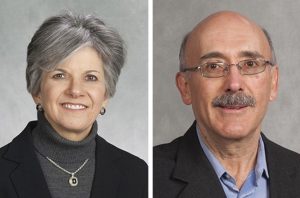 Ramirez told detectives that, after he killed his parents, he wrapped one of them in a tent, the other in a tarp and dropped their bodies from a bridge an hour north of Princeville, near Annawan in Henry County. The victim’s bodies were discovered Tuesday, Oct. 30 two miles north of Laura in near the Spoon River Bridge, around 30 miles south of Annawan.

“In a second version of the story he told detectives that he struck both of them with a baseball bat. He wrapped one of his parents in a tarp, another in a tent, then loaded them into his dad’s Honda,” Kenny said. Before Ramirez was arrested, several witnesses told police he spoke of killing his parents multiple times.

Property belonging to the victims was found at a Princeville residence “frequented” by Ramirez; credit cards belonging to his parents, a television set that was reported missing from the house on Maher Road and the key to his father’s Honda, according to Kenny.

Ramirez appeared in court by closed circuit video from the Peoria County Jail. He said little, except that he earned $10 per hour from his employer and wished to be represented by a public defender.

Asbell said Jose Ramirez was adopted at the age of 6 or 7. He also said that Roberts had previously attempted suicide by threatening to jump from the Princeville water tower.

Bond was set for Ramirez at $3 million. He faces up to 60 years in prison for each charge of first-degree murder. If convicted of both, he may spend the rest of his natural life in prison. He is scheduled to appear in court for a preliminary hearing Nov. 29.

She penned several books, and was awarded the Research Excellence Summer Stipend Award for “The Radical Syntax of Place in American Women Writers” from Bradley University in 2011, and was awarded Sabbatical Award for “Native American Life History Narratives” project in 2004. She was known to be deeply committed to student success.

In 2014, she published, “Make College Work for You”, a guide for first-year college students.

Of the couple, former Bradley student, Ashely Trost posted to her Facebook page, “This is absolutely devastating. Dr. Brill De Ramirez was one of the most wonderful instructors I’ve ever been blessed with and I have loved being able to keep up with her every few months since I graduated. She had an ability to bring out the best in everyone. She was always the first one to congratulate me on a big career achievement … and inspire me to live to my full potential every day. My heart breaks for her, her husband and her entire family.”

Bradley University staff intend to host a candlelight vigil for the couple. Funeral services and burial arrangements have not yet been announced by the family.