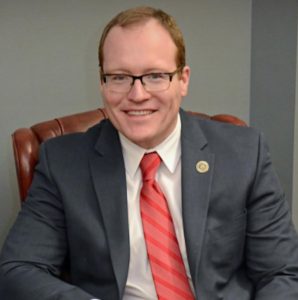 The implementation of a new enforcement policy allowing warrants to be issued for a blood draw of any DUI suspect that refuses breathalyzer testing took effect April 15. Nine McHenry County municipal police departments, in conjunction with the McHenry County State’s Attorney’s Office, are working together to provide a clear “prosecutable” case against offenders in court.

The initiative, named “No Refusal,” was borne out of DUI suspects refusing submission to breathalyzer tests, which measure the blood alcohol concentration in an individual’s system. It undermines criminal prosecution since those results cannot be used in a court case. With the new policy, if the warrant is granted, the suspect is transported to the nearest medical facility for a blood draw.

Summary suspensions against the driver’s license of a DUI suspect, upon arrest, and the legal limit for alcohol intoxication still must exceed 0.08 percent, but the blood draw permits another tool for prosecution, especially in the case of repeat DUI offenders. The police departments participating in the program include Cary, Huntley, Algonquin, Harvard, Johnsburg, McHenry, Lake in the Hills, Spring Grove, and Woodstock.

“It affects everyone, and it’s not just limited to persons with multiple DUI’s, it’s about thorough investigations and the warrant systems,” said McHenry County State’s Attorney Patrick Kenneally. “It allows police departments to videoconference judges, on a secured connection, then get the subject to a hospital with an accurate reflection of their blood alcohol content.

“It’s a no-brainer … the prosecution will have all the evidence, when we prosecute the individual case, even with no blowing into a breathalyzer,” he said. “They have evidence of beyond a reasonable doubt, and it gives the judge or the jury, a clear picture of whether the individual was drunk.”

According to a county press release, “The policy will be aided by the electronic warrant system, launched in January 2017 … (and) creates a streamlined process that police can follow to obtain a warrant … the e-warrant system allows police to create search warrants online, send those warrants for review to a judge electronically, interact with the judge via videoconferencing, and ultimately obtain a warrant through a judge’s electronic signature.”

Kenneally noted, “The judges are on call for 24 hours to work with police departments on warrants, and not only with blood draws.” 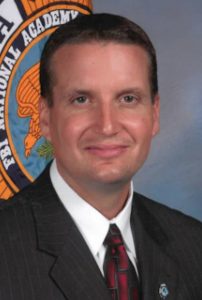 Lake In The Hills Police Chief David Brey, explained, “Obtaining the warrant is not going to be as time consuming, as it was previously. The electronic warrant system started this year, and it’s one of the tools that makes the ‘No Refusal’ program a viable option. With DUI, the ultimate goal is to stop it from happening. This action will close loopholes and is really being done in the public interest.”

The participating agencies are also positioned with jurisdiction along major county thoroughfares and arterial routes, where the DUI offenses are more likely to occur. Brey noted his department covers routes 47 and 31, along with Algonquin and Randall roads.

“Current state law hasn’t proven effective, and if you look at every state, there is some form of implied consent law,” said Brey. “We deal with a lot of repeat offenders that have been through the process, and after the second time, drivers won’t answer questions, won’t take part in field sobriety tests, refuse breathalyzer tests … the officer is left building a case from the site investigation with alcohol on the breath and observation.”

Cary Police Chief Patrick M. Finlon, agreed, saying, “We still have to make the case for the arrest when officer makes the stop. He uses all five senses, plus how the individual looks, smells, their demeanor … he’s looking at a totality of the circumstances in making a determination to start a DUI investigation. We’ve had two cases in the past month that were similar, where the individuals were repeat offenders, and we used the system to obtain a blood sample for one of them. 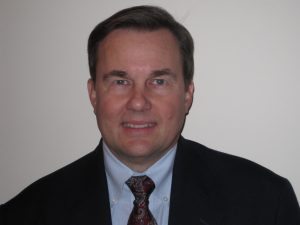 “Although we have video evidence, sometimes the person’s demeanor doesn’t translate to what the officer is seeing at the scene … that’s an issue. If you refuse a breathalyzer, and you don’t look bad on video, the defense attorney can use that as having no probable cause for a DUI arrest.”

For blood draws, both the Lake In The Hills and Huntley police departments will use the Huntley Centegra Hospital, Brey said, due to their proximity with the facility and Route 47.

Kenneally upheld the legal footings for the “No Refusal” program in terms of legal precedent and public safety.

“There’s case after case, where this has been upheld, especially if there is a third person, where the judge grants the warrant and the determination of the police officer is that the individual is under the influence,” he said. “The United States courts have held a long line of cases that these actions are constitutional.”

Finlon understood the issues involved with the program.

“It’s the other part of the equation. People are critical of this program, saying it is someone’s right to refuse. We still have to go before a judge to explain why we need the warrant, and they still have to grant it … motorists still have the right to due process.

“I see this program as a way to make a better prosecutable case. That benefits everyone, because the stronger the case we have … can’t play the systems weaknesses,” he said. “It is a public safety issue, and I think the state’s attorney’s office is doing the right thing in pursuing this type of prosecution which is better for everyone in the long run.”