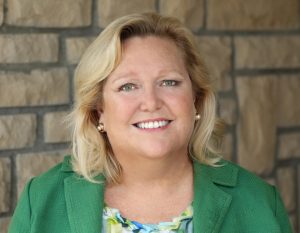 The McHenry County Board, under its chairman, Jack Franks, passed a Fiscal Year 2018 budget that sliced 11.2 percent from its annual property tax levy, with an overall reduction of approximately $8 million and a $71.4 million property tax levy, during the Nov. 15 session. Franks, who was elected to the post in November 2016, campaigned on a goal of reducing the tax levy by at least 10 percent. The board’s unanimous 24-0 approval also supported an austerity plan of reworking expenditures and line items.

The board chairman indicated that other governmental agencies should follow the example and reduce their own property tax levies by 10 percent, and made a request for school districts to follow suit. At the Dec. 12 board meeting, a 21-2 affirmative vote let the matter take the form of an advisory referendum question that will appear on the March 20 primary ballot. It asks county voters whether school districts should reduce their annual property tax levies by 10 percent before 2020.

The referendum question carries an advisory nature meaning it is being used as a barometer to sample public response to a proposal, or employ the results as a precursor to an actual legislative action. The voting results are nonbinding, and will not interfere with the school districts and their due course of finances and operations.

School district tax levies come from portions of the equalized assessed valuations completed by township assessors on a quadrennial basis, derived from property taxes. State of Illinois and federal monies through grants and programs also provide financial assistance. As a taxing entity, it is still dependent on the state to supply a quality education and meet scholastic standards on the resources available to them.

“It’s strictly an advisory referendum, and our school districts do not have to comply,” said McHenry County Regional Superintendent of Schools Leslie Schermerhorn. “However, there has been a strong pushback by residents to reduce their tax levies. The individual school districts now have an opportunity to use best practice methods. That includes the use of buildings, facilities, and other cost-saving economic measures.

“However, you don’t know what individual school districts are facing in the future. We are at the mercy of the State of Illinois,” she said. “And they are very unpredictable.”

The operations of county government are divided out of the overall property tax bill at nearly 10 percent. With the new county budget, Franks had said the effort would be used as a “bully pulpit” to encourage other taxing bodies to reduce their own budgets.

Transcriptions of the Dec. 12 meeting indicated there was opposition to the referendum question. District 3 Representative Michael Walkup said the election question was a bullying tactic.

—Referendum on school district levy approved by County Board–