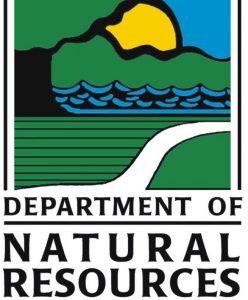 A Bloomington renovation project has been tabbed for the state’s Historic Preservation Tax Credit Program, a statewide historic preservation incentive that encourages private investment in historic properties across Illinois.

Bloomington High School at 510 E. Washington St., is being converted into Washington Senior Apartments, an affordable over-55 community

The Illinois Department of Natural Resources announced the third round of recipients of the program on July 10.

“What’s great about this program is that it encourages substantial private investment and leverages federal tax credits to create construction jobs, boost local economies and bring underutilized buildings back to life and back onto the tax rolls,” said IDNR Director Colleen Callahan. “The rehabilitations and the businesses that relocate into them generate millions of dollars in state and local tax revenues, so it really a win-win for communities and business owners.”

The state tax credit program gives priority to buildings that are in low-income census tracts, federally declared disaster areas, and counties that border a state with a competitive statewide historic tax credit.

The Bloomington apartment project is one of four building rehabilitation projects that received allocations for state income tax credits in the first of this year’s two application rounds. These projects have and will continue to create local construction jobs to help restart the state’s economy.

The program, administered by the IDNR State Historic Preservation Office, is available to owners of historic structures who undertake certified rehabilitations making them eligible for a tax credit of 25 percent of their qualified rehabilitation costs up to $3 million per project. Credits are limited to a total of $15 million in allocations per year, with a total of $75 million in tax credits available over the five years that the program is to be in effect.

During this first round of the second year of the Illinois Historic Preservation Tax Credit Program, complete applications received represented 16 historic properties in nine different communities across the state.

The total private reinvestment of all project applications is estimated to exceed $290 million.

The total amount of credits requested were approximately $29.3 million, and $7.5 million of credits were able to be allocated. The rehabilitation tax credits are awarded only after substantial private investment has been made in local communities.