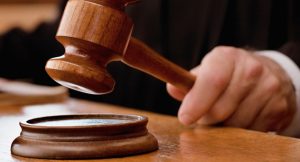 A former Bloomington man has been sentenced to 6 ½ years in prison for defrauding an elderly Peoria woman of more than $500,000.

Timothy Herman, 59, of Mesa, Ariz., formerly of Bloomington, was sentenced Nov. 15 to immediately begin serving his federal prison term and ordered to pay $509,325 in restitution.

Herman will remain on supervised release for five years following his release from incarceration.

Following a bench trial in March, Herman was convicted of engaging in a fraud scheme from 2013 to December 2017, and making false statements to federal agents.

Herman, who befriended the elderly victim through her church, offered her an investment opportunity that he falsely represented as safe and more profitable than what could be earned from banks. However, instead of investing the funds, Herman used the victim’s money to make mortgage payments on his home which was about to be foreclosed upon, pay bank loans, take cruises and live beyond his means.

In addition, Herman was convicted of making materially false statements about his conduct to law enforcement officers with the Federal Bureau of Investigation and the U.S. Postal Inspection Service when he was interviewed in 2017.

Herman also defrauded a Minneapolis marketing company that waived $149,000 in restitution. Herman’s company, Delta Direct, worked with the marketing company to manage a rewards program for Republic Services, a waste hauler based in Arizona. Republic Services deposited $300,000 into an account controlled by Herman. With the initial $300,000 deposit, Herman began embezzling funds. Upon discovery of his embezzlement, he continued to steal funds from the account until he was removed from the business.

The FBI and the U.S. Postal Inspection Service investigated the case.

Each year, more than 13 percent of older Americans become victims of financial fraud, resulting in losses of more than $3 billion to financial scams. As soon as a suspicious or fraudulent transfer of funds is detected, contact your financial institution, which may be able to stop payment on the transfer. If you or someone you know has been the victim of elder fraud, contact your local police department. Visit www.justice.gov/elderjustice to learn about the U.S. Department of Justice’s Elder Justice Initiative.