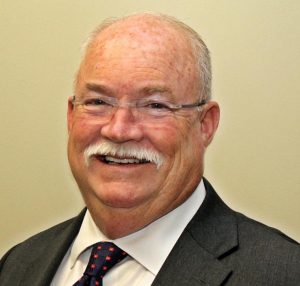 A six-year veteran of the Bloomington-Normal Economic Development Council will begin overseeing the influential organization next week.

Mike O’Grady, however, says he is keeping the seat warm as the search for a permanent replacement continues.

“I don’t have any desire to seek it,” O’Grady said in an interview with the Chronicle of the council’s CEO post, which Kyle Ham is relinquishing Friday, April 27. O’Grady has worked alongside Ham in leadership, serving as vice president.

In mid-April, the council’s 15-person board of directors named O’Grady interim CEO, beginning Monday, April 30. In the statement announcing O’Grady’s appointment, Jared Hall, chair of the BNEDC board, said O’Grady was a natural fit.

“Mike brings vast experience, organizational knowledge and continuity to the role,” Hall said in the statement.

Down the road, the impending leadership change could signal new initiatives between executive-level staff and the board of directors of the BNEDC, which serves multiple functions in the region, including business recruitment and retention.

For now, however, O’Grady said he plans to maintain a steady course by focusing on the strategic goals Ham and the board set in place at the beginning of the year.

“It’s not my goal to make any changes with the direction,” O’Grady said. “We’ll continue doing the good things Kyle and the board have in place.” 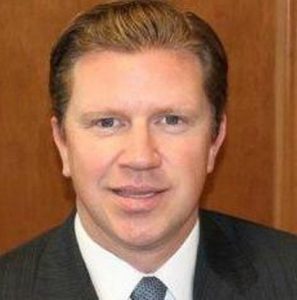 One of the largest aspects of the goals in place is an initiative dubbed the BN Advantage. The effort, as described on BNEDC’s website, is “a strategy to sustain the region’s vitality and foster growth by building on McLean County’s reputation as an employment and lifestyle destination.”

BN Advantage, O’Grady said, is “a blueprint for the economic development of our county.”

McLean County has received positive economic news in recent years — particularly in the area of manufacturing, where such companies as Brandt and Rivian Automotive are laying roots in the Bloomington-Normal area.

O’Grady said he is optimistic the developments will fuel new job growth opportunities.

“We are looking to create quality jobs — long-term jobs,” O’Grady said. “We have a very educated workforce here.”

As he takes the reins of the BNEDC for at least the foreseeable future, O’Grady said he remains laser focused on working with higher education institutions and continuing to bridge existing gaps so students are receiving real-world opportunities in the classroom.

Making strides to keep at least some of the area’s 4,500 college students in the area, post-graduation, is another initiative on the council’s radar screen

Local leaders, including the Bloomington-Normal Economic Development of Council, welcomed the opening of the Rivian Automotive plant in Normal in March 2017. (Photo courtesy of BNEDC)

Bloomington-Normal, of course, has a robust higher education scene. BNEDC also has expressed commitment to partnering with the K-12 school districts in the area with the in-demand curricular areas of science, technology, engineering and math — more commonly known by the acronym STEM.

Ham has overseen the BNEDC since December 2014. When he submitted his resignation in early March, he indicated he was leaving for the private sector, taking on the role of vice president of client services with Core Construction.

In a statement announcing his resignation, Ham said he will continue calling McLean County home once he leaves his role on the council.

“My family and I look forward to many years in the community, and I will remain a passionate advocate for economic development in McLean County,” Ham said in last month’s statement.