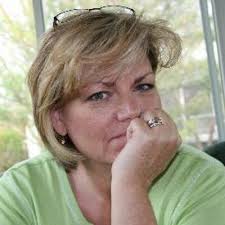 The former president of a national not-for-profit organization that was based in McLean County has been indicted on charges that she took more than $400,000 from the charity.

She made her initial appearance in a North Carolina federal court Feb. 7 and was released from custody.

The U.S. Clerk of Court has set Thursday (Feb. 13) for Babbitt to appear for arraignment in federal court in Peoria.

According to the indictment, Babbitt began her involvement as a chapter coordinator with Project Linus, a not-for-profit organization that provides handmade blankets for children who are seriously ill, traumatized and otherwise in need, in 1998.

The indictment alleges that beginning in 2010 and continuing until 2016, Babbitt defrauded the Project Linus organization, its volunteers and contributors, and the state of Illinois of $400,000. As president, Babbitt controlled the organization’s operations, including its bank accounts. Babbitt allegedly used Project Linus credit cards to pay for personal expenses, including clothing, electronics, pet grooming, furniture, tickets for sporting events and personal travel.

Babbitt allegedly used funds from the organization’s operating account to make credit-card payments, and falsely classified the personal expenditure in the business ledger to hide her personal use of the funds.

When questioned by the board of directors, Babbitt allegedly falsely stated that she was repaying Project Linus for her credit-card purchases through payroll deductions. Babbitt did not disclose that she made the payments after taking more money than her salary from the organization, resulting in the organization repaying itself, federal investigators said.

The indictment also claims that Babbitt filed false and fraudulent personal tax returns with the state of Illinois in which she failed to report the funds she allegedly stole from Project Linus.

If convicted, the statutory penalty for mail fraud, wire fraud, and money laundering is a maximum 20 years in prison and fines of up to $500,000. The defendant may also be ordered to pay restitution.