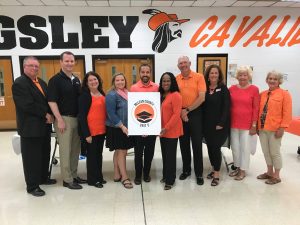 In recent years, Eastland Mall lost JCPenney and Macy’s. Bergner’s, which is part of the Bon-Ton chain of stores, is closing this week after a months-long liquidation sale amid the parent company’s Chapter 7 bankruptcy.

Kohl’s will be Eastland’s last traditional anchor, following the Sears closing. Hoffman Estates-based Sears Holdings Corp. has been bleeding red ink and has been closing its Sears and Kmart stores at an aggressive rate in recent years. Bloomington was one of 46 stores listed on SHC’s most recent closure list, released Wednesday, Aug. 22.

“We continue to evaluate our network of stores, which is a critical component of our integrated retail transformation, and will make further adjustments as needed,” the company said in a statement. One other Illinois store — a Kmart in Steger — was included in SHC’s most recent closure list.

A series of construction projects along Interstate 55 could result in traffic delays for motorists traveling through McLean, Grundy and Livingston counties in the coming weeks.

According to Illinois Department of Transportation officials, crew will be undertaking several tasks in September, including road resurfacing, bridge repairs and intermittent patching work on deteriorated stretches.

The backups are anticipated during heavier travel periods, especially on Fridays and Sundays. IDOT officials are reminding motorists to allow extra time when using I-55, consider alternatives and be alert to signage throughout the impact areas. For details on the project, visit www.gettingaroundillinois.com.

State Sen. Jason Barickman, R-Bloomington, authored the bill, which creates standards to allow the Illinois Department of Natural Resources to score how friendly a solar site is to pollinators. “Increasing the amount of habitat available for honeybees and butterflies is good for the environment, growers and economic growth,” Barickman said in a statement.

Members of the McLean County chapter of the 4-H earned 76 awards of excellence or superior recognitions at the Illinois State Fair earlier this month.

Youth received judges’ commendations in a variety of categories, including animal science, floral arrangements, leadership skills and a range of different art exhibits.

The heavy lifting on many of the contestants’ entries took place this summer. The local 4-H chapter kicks off its new year in September.

Bloomington Police Chief Clay Wheeler has scheduled his next focus meeting for the community. It will be held at 5:30 p.m. Wednesday, Sept. 5, in the Osborn Room of BPD’s headquarters, 305 S. East St. I

In a news release, Wheeler said attendees will learn more about the agency’s crime and intelligence analysis unit at the upcoming session. The agenda also include time for residents to share unrelated questions and concerns.

Past graduates and current officials paused recently to commemorate a milestone within the Normal-based McLean County Unit 5 School District. The agency began educating youth in 1948, making this year its 70th anniversary.

A special program was held Wednesday, Aug 22, to mark the occasion at Kingsley Junior High School. Attendees included graduates from the 1950s and 1960s. The Unit 5 School Board also has announced a new district logo in conjunction with the anniversary. The refreshed image depicts a cap and gown.

Think Dutch Reach when you exit a vehicle.

Typically, most drivers use their left hand to open the driver’s door. But now according to a law that Gov. Bruce Rauner has signed, drivers need to use their right hand.

The reasoning behind this is that by using your right hand, your body and your eyes will be facing more to the right. By doing so, you will be more likely to spot oncoming traffic (bicyclists, other vehicles) that could collide with an open car door.

The General Assembly approved the law based on Illinois Department of Transportation data showing dooring crashes are on the rise across the state.

This new rule affects passengers also. Passengers will need to use their left hand when exiting,

The Dutch Reach is already included in the 2018 edition of Illinois Rules of Road and, under the terms of the legislation, will be included in the pool of questions for the Illinois Secretary of State’s driver’s exam beginning on Jan. 1.

This new law comes on the heels of another one about distracted driving. The new law will up the penalty for first-time offenders who are caught texting while driving.