A bill designed to reduce corruption at the state and local levels has been proposed in Springfield. The bill, sponsored by state Rep. John Cabello, R-Machesney Park, in far northern Illinois, would require all elected officials in Illinois to wear body cameras while conducting public business.

The bill comes on the heels of recent news accounts of a Chicago alderman having worn a wire for an FBI investigation into another alderman.

House Bill 3447 would direct the State Board of Elections to develop rules for the use of body cameras by public officials of the state.

Recordings made with the use of a body camera worn by a public official could be used as evidence in any administrative, judicial, legislative or disciplinary proceeding. The recordings would not be subject to disclosure under the Freedom of Information Act.

The measure would cover city and county officials as well as those elected to state office. Public officials found to be in violation of the law would be subject to fines.

Two California men, ages 35 and 36, were arrested in McLean County on Thursday, Feb. 21, for possessing 110 pounds of cocaine.

According to information from the Illinois State Police, troopers stopped the men, who were driving a semi-trailer on Interstate 55, near Towanda.

During the stop, a dog trained to detect the odor of drugs alerted troopers to the cocaine’s presence.

The cocaine reportedly was hidden within legal freight being hauled into the state. The men were arrested and each has bond set at $500,000. 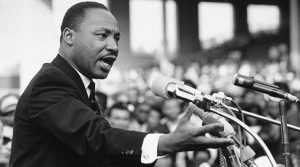 A new date has been set for the McLean County 43rd annual Dr. Martin Luther King Jr. awards ceremony which was forced to be rescheduled due to poor weather conditions earlier this year.

A new date has been set for the 43rd annual Dr. Martin Luther King Jr. awards ceremony after the original date had to be scrapped due to inclement weather conditions.

The ceremony has been scheduled for 1:30 to 3 p.m. Saturday, March 9, at Radisson Hotel, 8 Traders Circle, Normal.

The human relations commissions in Bloomington and Normal hold the annual event to honor residents who uphold the civil rights leader’s values and legacy. For information, visit www.mlkawards.com.

Coulee’s entertainment resume includes a stint as a finalist on “RuPaul’s Drag Race.” The on-campus organization ISU Pride coordinates the event. Tickets are $7 for students and $10 for community members. For information, visit www.illinoisstate.edu.

Illinois State University has launched a new lecture series featuring scholars from across the globe discussing the social and environmental impact of withdrawing natural resources from the Earth. The series is titled, “Natural Resource Extraction in Latin America: Society, Environment and Politics.”

Gerardo Castillo, an anthropology professor in Peru, is the next guest lecturer in the series. Castillo will discuss the impact of mining development in the Peruvian Andes.

A 39-year-old Bloomington man has been arrested on suspicion of initiating an armed robbery at Check into Cash, 2303 E. Washington St., last month.

According to a news release from the Bloomington Police Department, the suspect, Toshiro Luttrell, was arrested on a warrant Friday, Feb. 22, after an investigation into the Check into Cash robbery, which occurred Monday, Jan. 28.

The charges on the warrant, according to the BPD, include armed robbery, aggravated robbery and robbery. Luttrell’s bond has been set $500,000.

The city of Bloomington’s Public Works Department recently combed through its notable projects and initiatives this past year in a 14-page report, which is available on the municipality’s website, www.cityblm.org.

Some of the department’s overarching efforts have been more visible. Case in point: Staffers revamped and overhauled the citizen convenience center, which formerly was referred to as the drop-off facility.

Other changes have been behind-the-scenes, including an overall restructuring of how the department functions. Staffers in the previously autonomous water department now work in closer collaboration with the public works department, for example.

Plans to undertake a series of improvements this spring at Illinois State University’s Horton Fieldhouse have been set in motion, following a vote from members of the board of trustees on Friday, Feb. 22.

The board’s vote includes allocating $1.2 million toward the improvements, including replacing the roof. The Horton Fieldhouse is about 60 years old and ISU officials have said the facility is outdated in its current condition.

The new offering, fittingly, is being called Inclusion. According to DESTIHL staffers, proceeds will go toward Illinois Law Enforcement’s Torch Run. The event, in turn, benefits the athletes who take part in events throughout the year via Special Olympics Illinois.