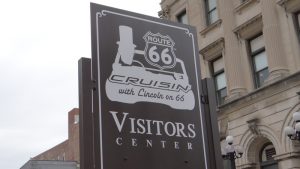 Bloomington-Normal Area Convention and Visitors Bureau has done a lot to promote its history with both Abraham Lincoln and the famed Route 66, which winds through Central Illinois communities. (Photo courtesy of Illinoistroute66.org)

The Windy City has long brought in a bounty of out-of-towners, but Central Illinois convention and visitor bureau experts say change is in the air as a growing number of people take detours and consider visits to the region.

“Tourism in our area is pretty substantial,” said Crystal Howard, director of Visit B-N, the name of the Bloomington-Normal Area Convention and Visitors Bureau. “It’s been growing.”

Last year, Howard said the region brought in about $366 million in tourism-related dollars — a broad figure that takes into account money spent by sight-seekers visiting attractions, business-related conventions and out-of-town parents who send their students off to a local college.

By her count, Howard said tourism spending in the region increased 2 to 3 percent in 2016 in year-over-year comparisons.

Pekin and towns in the region can promote the scenic Illinois River as a main attraction for those looking for a road trip this summer. (Photo courtesy of Enjoy Illinois)

Cory Jobe, director of the Illinois Office of Tourism, has been touting the increase in tourism dollars during recent stops across the state.

During a visit to Bloomington in late May, Jobe said marketing efforts such as Illinois Made are designed to help spotlight entrepreneurialism and tap into the resurgence of a time-honored pastime: the road trip.

Central Illinois has a number of road trip-friendly attractions — the most pronounced being Route 66. Although federal officials decommissioned it in 1985, Howard said the mystique surrounding one of the first U.S. highways is stronger than ever. 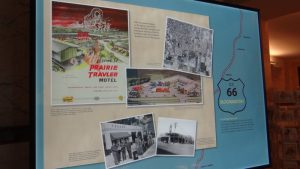 Often called The Mother Road, Route 66 is a perfect road trips as it winds through Central Illinois communities. (Photo courtesy of Illinoistroute66.org)

“(Route 66) is something we’ve been focusing our attention on, and working on,” Howard said. “We work with other convention and visitor bureaus across the state.”

An outgrowth of the collaboration, Howard said, has been the creation of a map that pinpoints specific attractions throughout Illinois along Route 66. She said the maps have been well received.

While nostalgia plays an important role in spotlighting a region, so, too, is staying abreast of the latest trends. 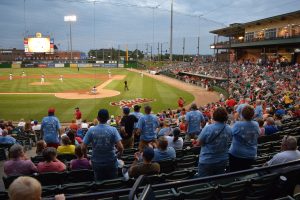 The Peoria Chiefs minor league baseball is a top attraction for locals and visitors alike to the Peoria area. It is affordable, family entertainment that the Enjoy Peoria organization likes to tout. (Photo courtesy of Enjoy Peoria)

“We worked on launching a bike share program, which happened (in May),” said Cara Allen, director of marketing and communications with Enjoy Peoria. “Bike rental stations are located in East Peoria, Peoria and Peoria Heights. This was very exciting and gives us a little more of a big city feel.”

Enjoy Peoria provides convention and visitor bureau support across the Peoria area and a number of adjacent communities, including those in Tazewell and Woodford counties.

One of Central Illinois’ newest attractions, the just-opened DESTIHL Brewery in Normal, speaks to the entrepreneurialism Jobe has been trumpeting.

“We’ve been helping promote it,” Howard said. “They’re offering tours, which we think is going to help draw people to the area.” 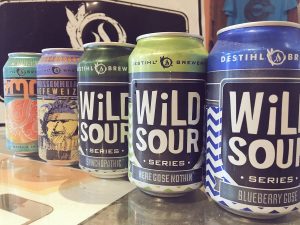 One of Central Illinois’ newest attractions, the just-opened DESTIHL Brewery in Normal, is getting a lot of attention. The brewery is offering tours. (Photo courtesy of DESTIHIL Brewery)

When it comes to marketing the region, tourism and convention experts say they aim to meet a cross-section of people — including those who call the area home.

“Our targets are not only our visitors, but our locals as well,” Allen said.

Reaching out to local residents might seem unorthodox for an organization focused on tourism, but Allen said the effort carries a number of goals.

“Those that live in our area have to know how great we are so that they, in turn, can share that with those they know — those that are visiting,” Allen said. “People sense the pride in communities, and if we can help boost that in any way, we feel successful.”

Howard offered similar sentiments as she laid out her rationale behind reaching out to different groups. 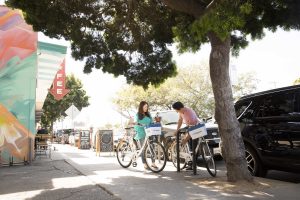 “I don’t think people always know the importance of tourism and what it does in your community,” she said. “It is definitely improving, from an economic standpoint, the community.”

According to numbers crunched in Jobe’s office, 110 million domestic visitors came to Illinois in 2016, which is an increase of a million persons from the year prior.

At a time when communities across Illinois are feeling financial pinches from the state’s ongoing budget woes, the infusion of tourism dollars comes at a vital time.

Jobe said the tourism economy across the state amounted to $2.6 billion in 2016 and is responsible for the creation of about 20,000 new jobs the past two years.