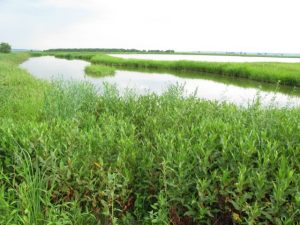 The Kidd Lake Marsh is 445 acres and located along Bluff Road in Monroe County, at the base of the Mississippi River bluffs. (Photo courtesy of HeartLands Conservancy)

As the Green New Deal brings added ferocity to the already fractious atmosphere in Washington, a grassroots Metro East group is celebrating 30 years of quietly but effectively helping to keep a developing urban-rural area in harmony with nature.

HeartLands Conservancy, a nonprofit serving Southwestern Illinois since 1989, is devoted to conserving land and water, building resilient communities, and “engaging people with nature,” according to the group’s website.

Founded in 1989, HeartLands Conservancy “protects open spaces, farmland, and cultural assets of Southwestern Illinois and the surrounding region to support communities with healthy and sustainable air, land, and water resources for current and future generations,” according to the website.

To date, group has conserved over 9,500 acres of land — including rare old-growth forest, some of the most important waterfowl breeding grounds in the Mississippi River Valley, and an unusual spot with more than 400 native plant species — often in the midst of rapidly-developing areas.

Its 30th anniversary year promises to be a big one, as the conservancy, in its first-ever attempt at federal legislation, endeavors to make Cahokia Mounds a U.S. National Park. Heartlands is asking U.S. Rep. Michael Bost (R-Murphysboro) to introduce “America’s First Cities” legislation to include America’s oldest and most significant pre-Columbian historic site in the park system.

The group has expanded its staff and moved from its longtime office in Mascoutah to 3 North High St. in Downtown Belleville; offering a centrally located, easily accessible headquarters for its primary service area of Bond, Clinton, Madison, Monroe, Randolph, St. Clair, and Washington counties.

However, ask Vandevord what her organization is looking forward to this year and she responds: “A new hiking club and a program to encourage homeowners to plant their yards in native vegetation.”

In 2011, when Congress defunded the RC&D program, HeartLands evolved into an independent charitable organization focused on natural and cultural resource conservation and policy.

Best known are HeartLands’ 40-plus open space conservation efforts, including:

— The 1,000-acre Rockwood Island Wildlife Refuge in Randolph County; and

— The 143-acre Engelmann Farm in Shiloh.

Heartlands Conservancy owns and actively manages eight sites. Most of the others, after initially being acquired by the conservancy, have been turned over to the Illinois Department of Natural Resources (IDNR), a local community – or, in the case of Rockwood Island, the U.S. Fish and Wildlife Service.

The conservancy’s latest acquisition is the Kathleen Scanlan Conservation Area; 140 acres of forests and wetlands along the Kaskaskia River between Mascoutah and Okawville. The group is now working on plans to make the site more accessible to the public.

Important to the group’s land conservation initiatives has been the innovative use of conservation easements, which allow for the conservation of natural land on private property. Some of the conservancy’s easements in the Stemler Cave area of Monroe County; just outside O’Fallon; as well as on public properties in Shiloh, Edwardsville, and Pontoon Beach. 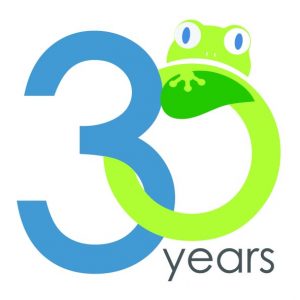 The Willoughby Farm Conservation Reserve, on easement adjacent to the historic Collinsville farm site itself, is among the most widely used.

With land trust capacity limited across Southwestern Illinois, the conservancy occasionally steps in to assist conservation efforts outside Metro East. HeartLands holds a conservation easement for a 66-acre family farm near Carbondale and works with the Shawnee National Forest on strategic land acquisitions.

However, the organization’s “resilient communities” environmental planning programs may have the most profound impact on Metro East over the long run.

In an innovative strategy to address county-wide stormwater issues, the conservancy is working with Madison County Planning and Development to conduct studies on each of the county’s 10 watersheds; designed to address a range of issues from increasingly localized flooding and erosion to silt runoff into the Mississippi River.

New planning projects in the Godfrey-Alton area have recently begun.

Meanwhile, the conservancy has completed or assisted with 28 comprehensive bicycle and pedestrian facility plans, in Missouri and Illinois; many as part of a long-standing partnership with  the St. Louis area nonprofit, Trailnet .

A standout on the conservancy’s planning resume: the Kaskaskia Regional Port District Strategic Plan —  a rare joint effort between an environmental group and a commercial port district.

Tensions between environmentalists, government regulators and the business community are longstanding. However, cooperative relations seem to be hallmark of HeartLands’ projects.

“I think the secret is listening,” Vandevord said. “Have a conversation. We want development; we just want it in an environmentally responsible manner.  We find most businesses want the same thing.”

Corporate-level sponsors over the years have included Prairie State Generating; The Terminal Railroad Association of St. Louis; and SunCoke Energy to name a few.

With only 150 members, the HeartLands Conservancy is relatively small and not affiliated with any major national environmental organization (except the Land Trust Alliance, an accreditation agency and trade association for conservancy organizations).

Perhaps for that reason, engagement and education are priority items as the HeartLands Conservancy enters its 30th year.

New projects this year include the Signal Hill — Belleville Outdoor Pollinator Classroom — potentially the first in a series educational projects with area schools.

The conservancy’s Annual Field to Fork Dinner will be held for the tenth time this year. Its holiday Jingle Hike Challenge was held or a third time in 2018.

The Heartlands Conservancy’s new native vegetation program for homeowners is still under development.

However, its new Hiking Club — an informal group of hiking enthusiast, who will explore natural areas within a one- to two-hour drive of Belleville — is already scheduling events and already exceeds 250 members.

The first hike will be April 13, Cahokia Mounds World Heritage Site, 9 to 11 a.m. Additional hikes are set for June 1, Sept. 14, and Oct. 12. For information, email hikingclub@heartlandsconservancy.org.

A HeartLands Conservancy 30th Anniversary Cruise on the Mississippi River is set for Saturday, May 4, 6 to 9 p.m. on board St. Louis’ Becky Thatcher Riverboat.

For information on any HeartLands Conservancy program or event see www.heartlandsconservancy.org.